HomeNewsChristian called upon to practice life of giving
News 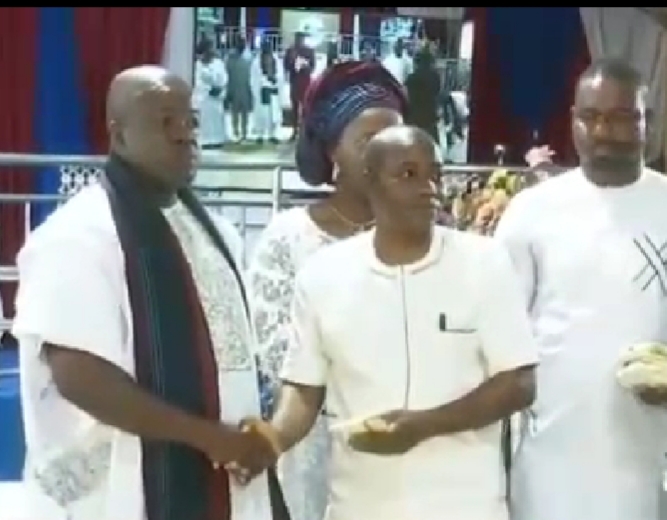 Christians have been admonished to practice the life of giving as this was the perfect way to receive.

This was contained in a statement signed by the founder of the Chris Igbokwe Foundation, Chris Igbokwe at the Sunday Service held at The Help From Above Healing and Deliverance Ministry, Wuye, Abuja.

The Sunday Service was praise and bliss at the Help From Above Healing and Deliverance Ministry in conjunction with the Chris Igbokwe Foundation as they celebrated God for faithfulness.

During his ministration the General Overseer of the Help From Above Healing and Deliverance Ministry, Pastor Godwin Ube gave his words of exaltation as he took his sermon from the book of John Chapter 1: 44- 45 where the clergy gave some spiritual pronouncements.

Speaking during the event the founder of the Chris Igbokwe Foundation, Mr Stephen Nebo spoke on how the foundation has helped the lives of internationally and Nigeria at large.

He said: “this foundation has helped so many people, we have paid the house rent if more than 30 people between now and 60 days.

“Today we are sharing palliatives, we support people with money, we pay hospital bills, we are doing what God said we should do in this ministry that is keeping people happy and smiling.”

Also the wife of the General Overseer, Mrs Celestina Ube alongside the wife of the founder Chris Igbokwe Foundation Mrs Benedicta Igbokwe adviced people who are in position to help to imbibe the habit of giving for it is profitable.

Some of the beneficiaries of the Chris Igbokwe Foundation expressed joy and satisfaction for the guesture that has touched their lives.