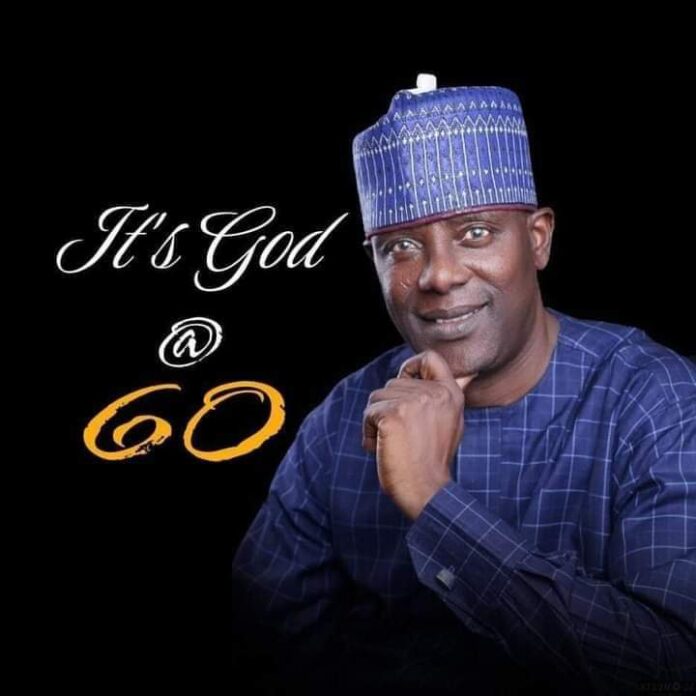 Veteran Journalist and accomplished investigative reporter, Alhaji Yusuf Alli has has asked journalists to seek development to sharpen their skills, while working to create a legacy for themselves.

Alli who recently marked his 60th birthday also called for mentorship of younger generation of journalists, saying that a collaborative effort was needed to save the profession which he said was currently in trouble.

Speaking when the House of Representatives Press Corps led by its Chairman, Grace Ike along side the editorial team of Green Sentinel Magazine published by the Corps visited him as part of his birthday celebration, Alli said a good name is worth more than silver and gold, even as he stressed that whatever people do in life always live after them.

Speaking further, Ali said there was the need to come together to salvage the profession through individual and collective efforts, saying “We can do that. Each one, teach one, keep one.”

“They know that they can even buy spaces in the media. They throw advert at you to kill a story and the following day, you will not see the story. They are beginning to understand the game and gradually they are beginning to erode our skills, our independence and the fourth estate of the realm is losing its beacon.

“The most important thing is that whatever you do in life will always live after you in life and that is my appeal to you. Work for legacy. Have you ever seen a rich man or a billionaire that was buried in the cemetery and they wrote on the grave, this is a billionaire?

“The graves are of the same sizes and no matter how flowery any grave is, it will wither and that means death is a leveler. So, what we have to work for is a good name, which is worth more than silver and gold.

“So, whatever we are doing, in journalism today, we are no longer working for news. We are working, but for treasures and riches and that is why most of our sources, political leaders, business leaders and others are contemptuous of us.

“You have thrown a challenge at me, that we need to bring up the younger ones. I am a super mentor. I am not always happy that when we call for story ideas, out of about 20 reporters, only one or two will respond while others will even submit anything and that showed that the profession is sick.

“Some reporters are not well dressed. Secondly, many are not well trained or are not trained at all. The third aspect is that the perseverance is not there. They want to survive at all cost. A journalist of one or two years standing would want to build a mansion.

“In those days, we were respecting seniority on the job. We also got it wrong in our institutions. In most of institutions offering Mass Communication, you will be shocked to find out that most of the Head of Departments or Deans have never practised journalism before”, he added.

Earlier, the Chairperson of the Press Corps, Ms. Grace Ike said, they were at the celebrant’s office to felicitate with Alhaji Alli who is also the Managing Editor, Northern Operations of the Nation Newspaper over his 60th birthday.

Ms. Ike noted that Alhaji Alli has not only been a super mentor to many young journalists in Nigeria, but also a beacon of hope who always reminds colleagues that journalism is still a worthy profession that shapes the mood and views of the society.

She recalled his moral support in bringing younger journalists at par with their counterparts in other climes through his mentorship and leadership qualities.

Ms. Ike described Alhaji Alli as “A mentor and an institution to reckon with. Alhaji Yusuf Alli has no doubt contributed immensely to the development of the country and his achievements in the industry cannot be over emphasized.

“At 60, the younger generation look forward to your leadership style and learn more from your experience gathered in the industry over the years,” she stated.