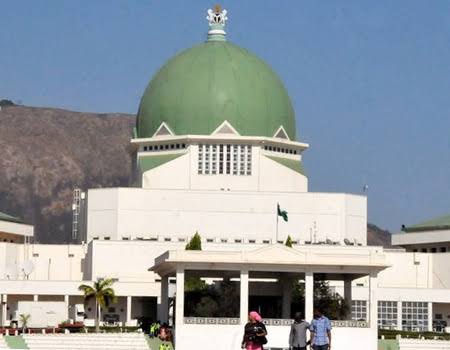 Office of the Auditor General of the Federation has queried the Nigerian Ports Authority, NPA over the indebtedness of about 18 terminal operators doing business in the nation’s ports to the Federal government to the tune of $753 million and N1.61 billion respectively

According to the query, the amount forms part of the debt identified by the Auditor General for the Federation as monies standing against the terminal operators as at December 31, 2019 in its report to the National Assembly.

The Office of the Auditor General for the Federation had, in his report on non-compliance/internal control weaknesses issues in Ministries, Departments and Agencies of the Federal Government of Nigeria for year ended 31st December, 2019 said terminal operators were indebted to the government to the tune of $852.094 million and N1.8 billion.

According to the query, “agreements signed between NPA and various Terminal Operators states that a fixed annual payment of a sum as specified in the schedule below to be paid in (12) equal instalments in each operating year, the first instalment to be paid on the first day of the month after the effective date and then, on the same date of every month thereafter.”

However, in its response sent to the Public Accounts Committee of the House of Representatives, the NPA management confirmed that the original debt owed the government by the port operators stood at $852,093,730.77 and N1,878,560,509.57.

It was discovered that three terminal operators (Tincan Container Terminal Limited with a debt of $4,043,004.90, Five Stars Logistics with a debt of $33,091,958.06, and Port and Cargo Handling Company with no debt) listed among the debtor terminal operators were cancelled on the document alongside Port and Cargo Handling Limited and Joseph Dam Port Services with the use of a pen and it could not be curtained why their names were cancelled.

Speaking on the high debts profile when he appeared before the Commîtee, the Managing Director of the Nigeria Port Authority NPA) Mohammed Bello-Koko raised concern of the inability of the Agency to recover it despite the converted efforts made towards recovering it even up to seeking the assistance of the Federal Ministry of Finance .

In his response, the Chairman of the Committee, Hon. Woke Oke promised that the National Assembly would look into the matter in ensuring the recovery of the debts to the last Kobo

He said to start with, all the debtors would be summoned to appear before the Commission to ascertain their indebtedness to the the Federal Government and to workout terms of payment.