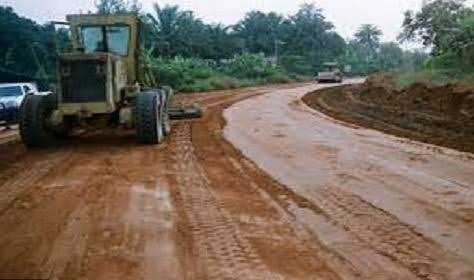 Two Abuja based construction companies, ENL Consortium Limited and Craneburg Construction Company are now embroiled in legal battle over the legality of award of the 32-kilometrer East End Wing of the Ibadan Circular road project by the Oyo State Government.

The legal battle for the road contract at the High Court of the Federal Capital Territory (FCT) in Abuja is having Oyo State Government at the center of the dispute.

Already, Craneburg Company which has Egyptians as arrow heads, has been accused of disobeying an order of the FCT High Court  directing it to stop work pending the resolution of the disputed road project award.

The stop work order was issued on July 4, 2022 in Abuja by Justice Josephine Enobie Obanor following a complaint of unlawful award of the road project to Craneburg company by the Oyo State Government.

The complaint was in a suit by aggrieved ENL Consortium Limited which claimed that the contract for the road work was lawfully awarded to it on August 25, 2017 by the Oyo State Government on Contractor Fnanced Agreement and had since been on site before the dramatic appearance of Craneburg Company on the same project site.

However, Craneburg Company has been accused of flouting the court order by continuing works despite being served and reacted to the order of the Court.

The company was said to be still operating in full swing at the by-pass road in utter disregard to the subsisting order of the court.

Contrary to the court order, heavy equipment moved to site by the defendants were reported to be in full force carrying out earth works.

Attempts by newsmen to get comments from the Company’s Supervisor, Mr Atef Tahlouk, an Egyptian, were unsuccessful as he bluntly refused to speak on the issue.

They told newsmen that it is only one Fadi Khalil, the head of the Egyptians group and one of the main defendants in the court case that can speak on the issue and that he had travelled to undisclosed destination.

However reacting to the development, the Executive Chairman of ENL Consortium Limited, Prince Clement Adesuyi Haastrup said that Craneburg Company and the Oyo State Government by their actions are telling Nigerians that they are above the law.

He said that the road work was lawfully awarded to ENL Consortium Limited in 2017 by a former governor of Oyo State, late Abiola Ajimobi in a Contractor- financed Concessionaire adding that his company had since spent over N7B on equipment purchase and road work without receiving any fund from the Oyo State Government.

The former Deputy Governor claimed that within two months of engaging Craneburg Company, Governor Makinde had released a sum of N20 billion to the new contractor in two installments of N10 billion each adding that the governor’s unlawful action against ENL Consortium Limited is capable of scarring away investors in Nigeria especially in Oyo State.

Haastrup appealed to well meaning indigenes of Oyo State to prevail on the stae Government to respect the rule of law and comply with the terms of agreement entered with his company on the Ibadan Circular Road project.

He disclosed that his company will be ready for out of court settlement in the case against the defendants once the terms of agreement are complied with adding that his multi-billion naira equipment are in his site lying idle as a result of the unlawful contract termination.

Haastrup further disclosed that information at his disposal revealed that defendants in his suit are currently making efforts to mobilize hoodlums to his equipment site to vandalize them, pull down the fence and chase away his security personnel adding that the agreement entered with his company in 2017 stipulates that the company shall remain in site until when fully paid.

ENL Consortium Limited had through J.B Daudu SAN, filed the suit against Craneburg Construction Company, two of its top officials, Oyo State government and its Attorney General challenging the unlawful termination of the concession agreement awarded it by the State Government.

Dispute on the Ibadan Circular Road Project was said to have begun when governor Makinde on assumption of office allegedly opted to revoke the road project from ENL Consortium Limited and re-award it to  Craneburg Company despite the existence of the concession granted ENL Consortium Limited by his predecessor.

ENL is arguing in the Abuja Court that the revocation of the contract award represents a violation of its agreement since it had expended over N3.9bn of its funds for bush clearing, compensation to landowners, drainages, asphalt laying, road networks and rock blastings.

In the suit, the plaintiff is praying for various orders pending the determination of the case.

They include: “An order of Interim Injunction restraining the Defendants from acting either by themselves or through their servants, agents, officials, staff, representatives or any other person(s) connected to them from further interference, disturbance, trespassing, or any other action or conduct in like manner with the business of the Claimant (ENL Consortium Limited) in respect of a subsisting self-financing Concessionaire of the 32-kilometer East End Wing of the Ibadan Ring Road (Ibadan Circular Road) under the terms of the Concession Agreement dated 25th August, 2017 with Oyo State Government pending the hearing and determination of the Motion on Notice in this suit,”..

In a ruling on an ex-parte application, Justice Obanor after considering available exhibits held,  “This Court having carefully gone through the reliefs in a motion No. M/8903/2022 and having also gone through the affidavit evidence and 7 exhibits annexed thereto as well as the written submissions of counsel,the court is satisfied that that this application is meritorious and is hereby granted and orders made as prayed pending the hearing aid determination of the motion on notice

A copy of the stop work order signed by Justice Josephine Enobie Obanor was obtained by Nigerian pilot.

Meanwhile, hearing in the substantive suit has been fixed for September 21, 2022 by Justice Obanor.