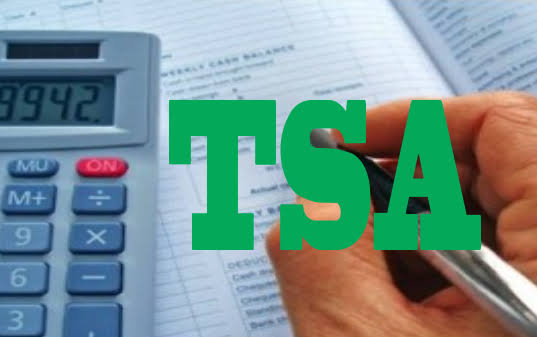 Registrar/Chief Executive Officer of the Chartered Institute of Treasury Management (CITM), Olumide Adedoyin had said that there were no proper safeguards in place to ensure the effective implementation of the Treasury Single Account (TSA).

Addressing the press yesterday, Adedoyin called for continuous training and retraining of personnel handling the process as some that are saddled with these responsibilities do not actually understand it effectively.

According to him, as a means of checking wastage in the system, laws governing procurement and other other related matters have to be further domesticated.

“Like every government policy, the TSA as it is a function of just an account. It is not an app, it is not a policy, it is just an account. What the TSA tries to do is to make sure that the government has its resources in place and are able to know what they have at any given time.”

“Now the first step the government was supposed to take was to do what we call cash pulling. Call up your resources from every bank into one single account. Once you do so, those bank accounts you have should not be closed down, rather you try to moderate them into receiving banks. They receive on your behalf but you cannot disburse from those banks, while at the end of the day you just have an online real time balance to make sure that what comes in is being accounted for.

“That was supposed to be the function. But what we discovered at the end of the day was that there are some little processes and challenges within that platform because the back end for the audit was not adequately secured. So if you did not secure the back end, despite being able to make resources and bring those resources, then there is a little bit of opening in the back that could lead to hemorrhaging of resources and so on.

“I think as it is, we have actually reached out to the government on different fora, trying to make them understand that the importance of putting these back ends in check is quite important. Secondly we want to believe too that there must be an orientation of the continuous training and retraining of individuals. You would be surprised that some that are saddled with these responsibilities do not actually understand the process effectively.

“The problem as it is is that there are no safeguards in place. We talked about preventive mechanisms. That as it is is lacking. We talked about allowing treasury management to impact your cash management processes. That too is lacking. So these are those fundamental areas that we are concerned about. So that once you are able to make sure, for example, if X amount is budgeted for a project, how do you approach that project? For example you want to build roads, bridges, culverts, now you cannot release the funds for the completion of that road all at once, because it has a process of design, a process of building the culverts, bridges, your overlays and every other thing.

“What you need to do first and foremost, is to be able to design those projects with timelines. Once you design with timelines, release the funds that are responsible. Once those funds are released make sure they are tied to individual aspects of those contracts. While we are doing tha, whatever you have as excess, invest those monies in very short term investment processes that would assist the process, either even if it is just on commercial papers or government bonds for that period, so that invariably the value of the money would not be lost.

“Once you do this effectively, it would be difficult for anybody to come back and start looking for variation on those jobs. these things you can put in place as one. Number two, if you need to make things work, you need to be radical about it. radical in the sense that the laws governing procurement and other things have to be further domesticated. What do I mean? You make sure that equipment and items that are bought on yearly basis that are being wished away could have a much longer lifespan.

“For example, in the office you keep buying photocopiers on a yearly basis. Of course you discover that the copier can even last you five to 10 years, when properly maintained. so those monies on those recurrent things that can be used beyond the length of those lifeshares could be ploughed back into the system. What happened to those monies? They get stolen and diverted”, he stated.