‘Startimes Satalite TV has injected over $200m into Nigeria’s economy’ 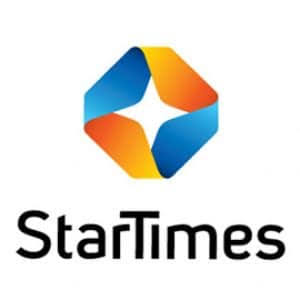 Chief Operating Officer Startimes Satalite Television, joint venture agreement between between Star of China and NTA Nigeria, Mr. Tunde Aina said that so far, the investment has injected over $200m directly into the Nigerian economy.

The operation of the joint venture agreement has also created an entire new industry in dubbing and translation in Nigeria’s movie and entertainment industry.

Speaking with journalist in Abuja, Aina said that the funds represents the amount so far injected into the country by Star of China in the provision of equipments and development of the technology behind the digital terrestrial and satellite services offered by the joint venture to Nigerians.

Speaking on the dubbing and translation sector, Aina noted that the industry was underdeveloped until Startimes came on board.

“Many of our contents that have local appeal are translated into local languages especially Hausa for our large audience in the North.

“We regularly broadcast locally made content to help boost the sector, the group has had massive impact in the trends of the movie industry, one of which is dubbing, that is translating a movie in a foreign language into local languages.

“Before our arrival in Nigeria, the dubbing industry was virtually non existent but in order to give our viewers quality content in their local languages we started it, and other companies have followed suit”, he explained.

Aina who decried the rising cost of diesel as a major impediment to its operations, however said that things are looking up especially with the full digitization of the broadcast industry in Nigeria.

He noted that with this agreement startimes would be able to attract more Nigerians to take advantage of its services which remains the most affordable in the country.

In the area of corporate social responsibility he said that ” Startimes has undertaken many CSR projects, some of which are the SOS village and the 1,000 village project organized by the Chinese and Nigerian government to give over 1,000 villages across the country free TV viewing facilities and decoders.”