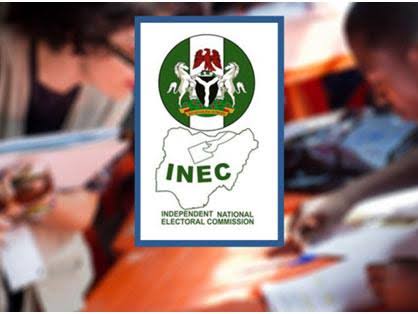 *Alleges that evidence abound that some of them are partisan, indicted for corruption

*Contend that their appointment will increase mistrust in INEC, Nigeria’s electoral process

The CSOs are Yiaga Africa, International Press Center, Center for Media and Society, The Albino Foundation, Elect Her and Nigerian Women Trust Fund.

In a joint statement, the CSOs said section 156(1)(a) of the 1999 constitution prohibits the appointment of any person who is a member of a political party as a member of INEC.

They said their analysis of the nominees proves contrary to Buhari’s assertion that the request for their confirmation was in accordance with the provisions of Section 154 (1) of the Nigerian constitution.

“Some of the nominees of the President fail the constitutional test of non-partisanship and unquestionable integrity. Evidence abounds that some of the nominees are partisan, politically aligned, or previously indicted for corruption. To mention a few, Prof. Muhammad Lawal Bashir from Sokoto was a Governorship aspirant under the All Progressive Congress (APC) in the 2015 elections cycle. Mrs. Sylvia Uchenna Agu, the nominee for Enugu state, is believed to be the younger sister of the APC Deputy National Chairman, Southeast,” the statement reads.

“The nominee for Imo State, Mrs. Pauline Onyeka Ugochi, a former Head of ICT at INEC in Imo state, gained notoriety for alleged corruption and connivance with politicians to undermine elections. Mrs. Queen Elizabeth Agwu, a former Accountant-General of the Ebonyi, was suspended allegedly on the grounds of incompetence and corruption in 2016.

“We contend that the appointment of these individuals as RECs will significantly undermine the neutrality and impartiality of the Independent National Electoral Commission, and it will increase mistrust in INEC and Nigeria’s electoral process. By the combined effect of Section 156 (1)(a) and Third Schedule, Part 1, Item F, paragraph 14 (1), these individuals are constitutionally prohibited from any appointment as members of INEC.”

The CSOs said the appointments did not reflect the principles of non-discrimination and inclusivity with regard to persons with disability (PWDs).

They, therefore, called on Buhari to “withdraw the nomination of these individuals in the public interest and in furtherance of his commitment to leave a legacy of a truly independent electoral institution that enjoys the trust and confidence of citizens and electoral stakeholders”.

“In making nominations into INEC, President Buhari should be guided by the judgment of the Federal High Court on affirmative action wherein the court directed that all appointments must comply with the 35% affirmative action for women. In the same vein, the President should ensure the representation of Persons with disability (PWDs) and young people in the appointments. The Senate should completely reject the nominees as INEC Resident Electoral Commissioners. The Senate should accelerate the process of screening nominees without compromising due diligence and comprehensive scrutiny of nominations forwarded by the President,” the statement added.