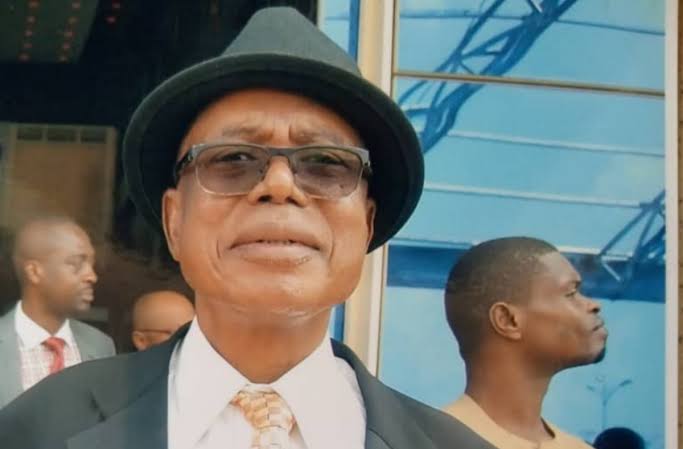 Prof Ignatius Ayua, SAN is a renowned law professor, legal consultant and academic. He is a former lecturer in the faculty of law, ABU Zaria who served at various times as Head of Department, Dean, faculty of law, and Deputy Vice-Chancellor. He was also Nigeria’s solicitor general of the federation and Director-General, Nigerian Institute of Advanced Legal Studies

Professor Ayua began his working career with the Ahmadu Bello University, Zaria, where he rose from assistant Lecturer in 1974 to Head of Department, Commercial Law in 1981. He was appointed Sub-Dean, Faculty of Law, 1985; Dean of Law, 1986; Deputy Vice Chancellor, from which position he withdrew into politics in 1991.

He has served on many academic bodies such as the Council of Legal Education; NUC Accreditation Panels to various Universities; National Judicial Institute; and Body of Appeal Tax Commissioners to mention but a few. Additionally, he was nominated by the Federal Government to serve as a Member of Constitutional Review Committee (CRC) in 1984 and a Member of the Constituent Assembly in 1988.

Professor Ayua has published several books on Nigerian Company Law and Nigerian Tax respectively; Many Articles in Learned Journals on topical Issues; Edited several titles on different areas of law and has attended and presented papers at several local and international fora.

He belongs to several professional bodies such as Nigerian Bar Association; Chartered Institute of Taxation of Nigeria and Institute of Management Consultants.

He is a recipient of several honours and awards amongst which are: Winner, Faculty of Law and Nigerian Regional Philips C. Jessup International Law Moot Court Competition; Award for Pro-Active Contribution in respect of the Nigerian Common Boundary Dispute by International Court of Justice (ICJ), Hague. Currently, Professor Ayua is the Director, National Institute of Advanced Legal Studies.

In appreciation of his dedicated and immense contribution to University Scholarship and the Legal Profession of the nation, Professor Ignatius Ayua, a distinguished Law Professor, and an erudite Scholar was conferred with the award of Officer of the Order of the Federal Republic (OFR).

Prof. Ignatius Ayua, then Director-General of the Nigerian Institute for Advanced Legal Studies was part of the Nigerian legal team to the World Court case between Nigeria and Cameroon along with Chief Pius Anyim Pius, a lawyer, and then-Senate President.