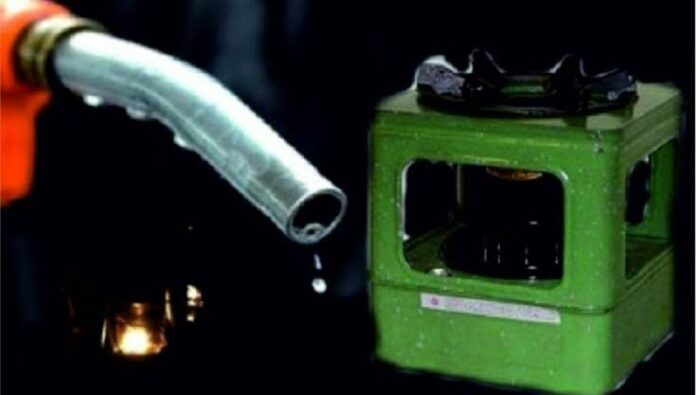 Consumers of household kerosene, also known as cooking kerosene, paid 99 per cent more to purchase a gallon of the product in the last one year.

This is according to data from the Nigerian Bureau of Statistics, NBS. The statistics agency said the average retail price per gallon of cooking kerosene paid by consumers rose by 99 per cent in July 2022 from N397 in July 2021.

On state profile analysis, the highest average price per gallon in July 2022 was recorded in Enugu with N1, 004, followed by Ekiti with N990, and Osun with N949.

On the other hand, the lowest price was recorded in Bayelsa with N643, followed by Benue with N655 and Rivers with N655.

In addition, analysis by zone showed that the South-West recorded the highest average retail price per gallon of the product with N901, followed by the South-East with N892 and North-Central with N762, while the South-South recorded the lowest with N727.

On state profile analysis, Abuja recorded the highest average retail price per gallon with N3,600, followed by Enugu with N3,501 and Ekiti with N3,450.

On the other hand, Zamfara recorded the lowest price with N2, 430, followed by Borno and Gombe with N2,500 and N2,530 respectively.

Just like diesel, kerosene is a fully deregulated market in Nigeria.

The Nigeria National Petroleum Corporation, NNPC, has not been able to produce any drop of kerosene for a couple of years now due to the non-functionality of refineries.

Nigeria’s current daily cooking kerosene supply was put at 5 million litres out of national daily consumption requirement of 8m litres, according to a 2017 figure.

The three million litre gap is being filled by imports by private petroleum products marketers.

Global average price of kerosene for this period is around N488 per litre.