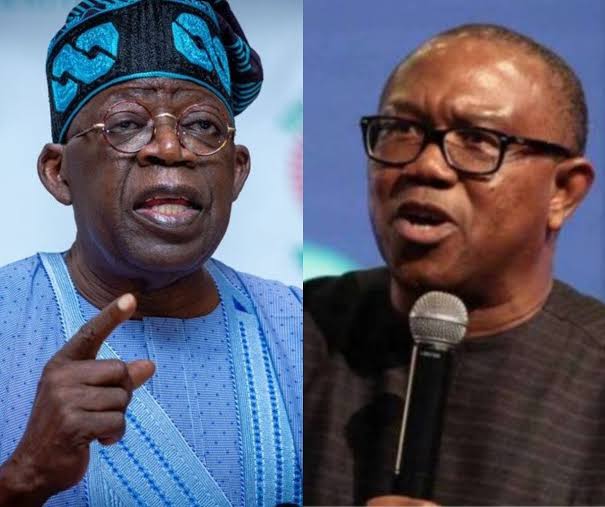 Obi, through his media office, was responding to an earlier dismissal of his presidential candidature by the coordinator of the Tinubu media office, Dele Alake.

Specifically, Alake had, in a media session, alleged that Obi could not name any legacy projects of his years of governing Anambra State and, therefore, could not be compared to Tinubu.

The Obi-Datti media office took up the gauntlet and berated him for the remarks.

It said: “Alake is certainly among those Lagosians who believe Nigeria begins and ends in Lagos and may not have crossed the River Niger in his lifetime.

“He might not have been to Anambra and had been too biased to read up the LP candidate’s records in the public domain.

“Suffice it to say that Obi’s records won him numerous awards, including ‘Governor of the Decade’ while Alake’s paymaster ruled Lagos State.

“Alake also claimed that Obi’s business is anchored on imports that destroy the economy and that he was not around when his principal struggled for democracy.

“Again, the attack dog is either mischievous or ignorant about Obi being the only chief executive of his era with the most investment of state funds that not only boosted the economy but also provided jobs, not to talk of Obi’s education policy that has taken Anambra State from number 29th to first in the school certificate performance index,” Obi said in the response to the Tinubu campaign.

He added: “If Alake is current, he should not have celebrated Asiwaju’s role in the democracy struggle because it has been diminished since it was revealed that he lobbied to be made a minister in late Sani Abacha’s government and only joined NADECO after he was rejected by the junta.

“However, Alake gave out one fact that the Media Office agrees with: indeed, Obi cannot be compared to Alake’s candidate.

“Yes, they are not comparable; Obi is highly verifiable, but Alake’s man is not; Obi has an origin; Alake’s has none; Obi has educational credentials; his counterpart has affidavits; Obi is hale and hearty and ready to face the challenge of leading Nigeria, the other candidate acts by proxy; Alake’s man says it’s his turn to rule Nigeria, Obi says it’s the turn of Nigerians to take back their country” Obi said in reference to issues around the certificates of Tinubu.

“Indeed, there is no basis for comparison between the two. We are in sympathy with these attack dogs who need to keep attacking the man they claim has no structure and is just a social media wave instead of selling their structured candidate. All they seek is to mention Obi to be able to trend.