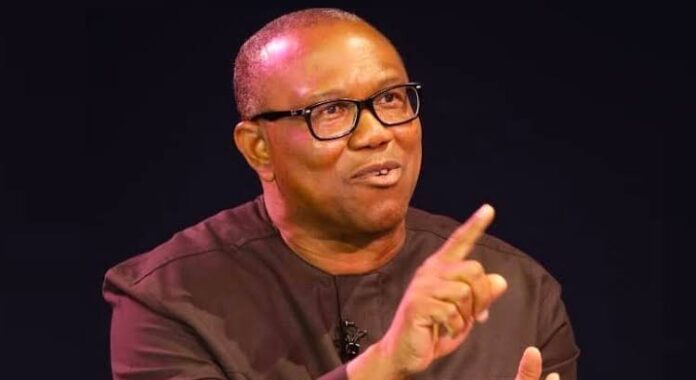 Mr. Obi who made the call in a series of tweets on his official twitter handle, said that it had become imperative to ensure there were no ‘sacred cows’ in the fight against terrorism, anti-corruption and economic sabotage across the country.

Minister of Information and Culture, Lai Mohammed, on February 3, 2022, claimed that the Nigerian Financial Intelligence Unit had uncovered 96 financiers of terrorism as well as the 424 associates and supporters of the financiers.

However, Mohammed did not give the names of the sponsors and companies linked with terrorism.

But commenting on the menace of oil theft and terrorism financing in Nigeria on Wednesday, the Labour party presidential candidate said it was important for the President Muhammadu Buhari led administration to publicly name those behind the menace.

He wrote, “I am struck and intrigued by the news report linking “highly placed” Nigerians to oil theft. Same has been the case with financing insurgency and Boko Haram. When will FGN summon the political will to publicly name such persons?

“In the National Interest, there should be no sacred cows – PO”.