EU, W’ Bank, FG, others to participate at national dialogue for education 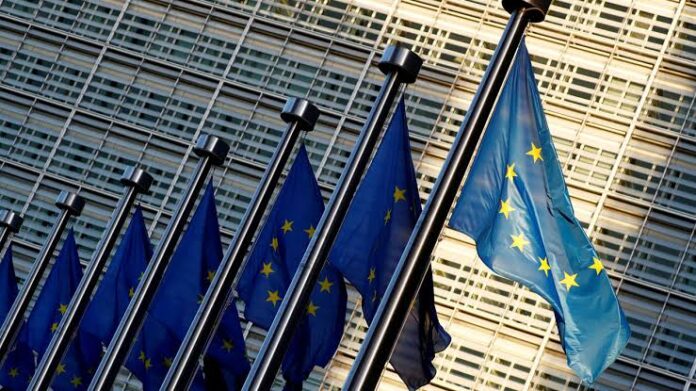 In a bid to address the growing challenge of out-of-school children, the European Union, World Bank and the Federal Government have agreed to participate at a one day national dialogue to review the budgeting trajectory for education In Nigeria

The event is being organised by Policy House and TiFA CDI in celebration of the 2022 International Literacy Day.

In a statement ahead of the event scheduled for September 8, Mr Akerele, the Executive Director of TiFA CDI said the Board of Trustees in their quarterly meeting having looked at the worsening situation of the education sector especially in the area of infrastructure, teacher training, school feeding and others such as technology decided to convey a session for major stakeholders such as the government, CSOs, development partners and other to sit down and review the issues in the sector.

According to the executive Director, his organisation is in touch with UBEC, NGF, EU and the World bank on how to tackle these issues, saying that with consistent engagement there will be solutions soonest.

In his words, “But first we must debate the issues and then chat about the next steps.”

Although the government has argued in some quarters that there is improvement in the budgetary performance of the sector, and in fact also argued that recent data shows that the number of out of school children have reduced, Mr Akerele said independent data has not supported this assertion.

According to him, UNICEF in their 2020 report, stated that one out of every five kids that are not in school in the world is a Nigerian child.

He, however said, it also shows that the government is sensitive to the issues, adding that this is commendable and must be encouraged.

He said there was a need to interrogate how we got to the situation and what is the way forward especially as the country inch closer to the 2023 transition era.

The statement reads in part, “We are lucky to have assembled an array of great minds from the academia, CSOs, minister for planning, the world bank and the EU who have always stood by Nigeria in its trying times to come together under one umbrella including the Nigerian Governors Forum (NGF) to look at this issue very critically.

“One of the major issues for consideration during the session is why has the education budget not performed beyond 35% over the years? What is happening to the curriculum? What is the synergy between the states and the Nigerian government as it relates to the running of primary education? How is the counterpart funding arrangement been managed and how does the state inability to release its counterpart affect utilization of availed funds?”

He noted that the irony of it all is that the resources for basic education is available but there are key issues in accessing the funds by the state governments, adding that they also have challenges in utilization, deployment and impact evaluation.

He said further that the present weak infrastructure across the country in relation to primary education is a complete embarrassment to Nigeria.

“From our analysis, and research, we understand that 30% of Nigerian citizens cannot read and write at all, that is about 65m people. That is a country on its own, that alone is a drag on the human development index.

“Those who can’t read and write cannot choose their leaders wisely and cannot be part of the development process such as the economy and production. Don’t get me wrong, education is not all about being in the four walls of a western styled school.

“We have also looked at the annual budgeting system for the country; the budgeting system is more in favour of recurrent expenditures and running of government business than the core issues of education”, he said.