2023: Peter Obi campaign to set up donation portals next week 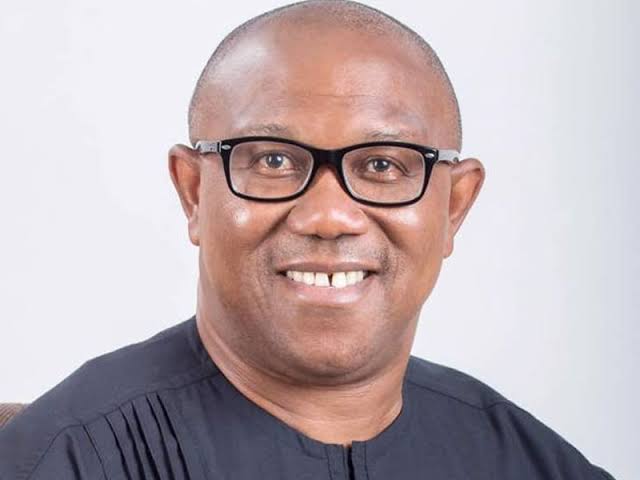 A Labour Party chieftain, Pat Utomi, has said Peter Obi’s presidential campaign team will set up donation portals which will be made public by next week.

“It is those young people who will give from their allowances, what they earn working here; $10 but these portals are not up yet but they will be up next week or so and eventually we are going to be able to access resources from the diaspora,” Utomi said on Channels Television’s Sunday Politics programme.

Obi, the 61-year-old former Anambra State governor running for President on the platform of the Labour party, has been on a tour abroad for days, meeting Diaspora Nigerians.

On Obi’s Diaspora consultations, Utomi, a former presidential candidate and the founder of Centre for Values in Leadership said, “It will be totally unthoughtful if we don’t engage Nigerians in the diaspora because that relief for Nigeria will come from them; it is a clear way of implementing strategy. You underestimate what the diaspora can do.

“Nigeria is actually on a life support system held up by the diaspora. So, if we get these diaspora – all these people sending money for burial, for basic survival, eating, everything, it’s going to free us from this pressure by making the country work.”

Utomi, who described the ‘Obidient Movement’ as a revolution for the liberation of the black man, said young people will give of their allowances to support the presidential ambition of Obi.

He said, “When the time is right, the diaspora will give money; they have always given money to campaigns. I ran for president before and I got support from the diaspora in 2006 and 2007 and the when I ran in 2011.

“When the time is right, we are going to obviously solicit from Nigerians across the board. We are setting up portals where people can give money…But right now, we are on a sensitisation tour about what makes democracy work. Right now, Nigeria’s democracy is not working because of the transaction cost that are involved; the trade-off that has to be made.”

Meanwhile, section 225 Sub-Section 3 of the Constitution of the Federal Republic of Nigeria state that “no political party shall hold or possess any funds or other assets outside Nigeria; or be entitled to retain any funds or assets remitted or sent to it from outside Nigeria.”

Also, Sub-Section 4 of the same Section 225 states thus: “Any funds or other assets remitted or sent to a political party from outside Nigeria shall be paid over or transferred to the (Independent National Electoral) Commission within twenty-one days of its receipt with such information as the Commission may require.

When reminded of these portions of the Nigerian Constitution as well as Section 85, Sub-Section A,B,C, D of the amended Electoral Act (2022) which forbade the sourcing of fund for campaign from abroad, Utomi said, “I am completely aware of what the law says.”

He added, “If we open a portal and say Nigerians who want to support can pay into it, are you saying Nigerians abroad can’t go to the portal and contribute a dollar and those at home? First of all, you prevented them from voting; every other smaller African countries allow their diaspora to vote – Ghana, Kenya, and others. In Nigeria, they can’t vote and a lot of Nigerians are excluded from their democracy and now you say they can’t even give N100 to a candidate?

“If there is a law that opposes opening a portal to raise campaign fund, that law is fundamentally flawed and does not deserve the name of law. What we are doing is that we are building a movement that would change Nigeria.”

The 2023 presidential election has been described as a three-man horse race. Obi is in the 2023 race for Aso Rock alongside top contenders like Peoples Democratic Party’s Atiku Abubakar; and All Progressives Congress’ Bola Tinubu.