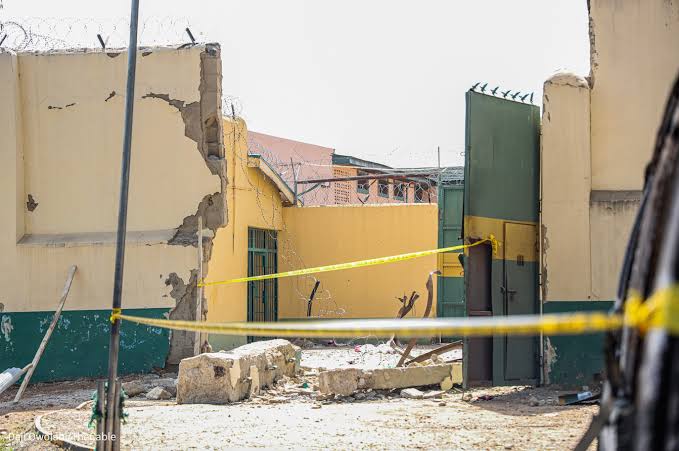 Minister of interior, Rauf Aregbesola, on Monday disclosed that no fewer than 65 security operatives were on guard at the correctional facility in Kuje, federal capital territory (FCT), on the day it was invaded.

Aregbesola said this when he appeared before the House of Representatives committees on national security and interior.

Recall that on July 5, 2022, gunmen attacked the Kuje prison facility and freed hundreds of inmates, including suspected Boko Haram members.

The minister told the lawmakers that “well-armed” security operatives were attached to the correctional centre to prevent an attack on the facility.

“These 65 people were there for the specific responsibility of assisting and preventing any attack and they were all armed.

“Because of the presence of the press here, I will not tell you the great arsenal in their possession but they were well-armed. If we have an exclusive arrangement, I’ll give you the specifics of the great equipment of the military arsenal that was positioned for the defence of the facility.

“However, despite everything, our arrangement for protection of Kuje failed and the facility was breached.”

The minister said 994 inmates, out of which 64 were terror suspects — Boko Haram, ISWAP and others — were in the facility on the day of the attack

He said 888 inmates escaped during the attack — including 554 persons awaiting trial, 71 convicts, 36 on death row, and 17 on life imprisonment.