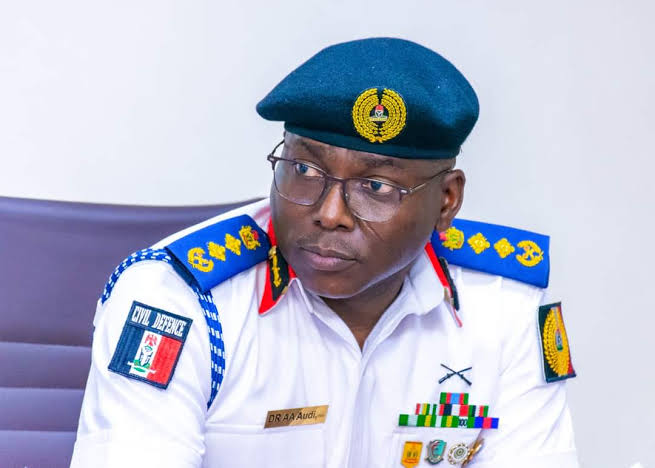 Federal Government has ordered an immediate nationwide dissolution of all anti-vandalism teams of the Nigeria Security and Civil Defence Corps, NSCDC, pending the outcome of an ongoing investigation into allegations of compromise and corruption against personnel.

Commandant General of the NSCDC , Dr Ahmed Audi made this known at a media briefing on Tuesday in Abuja.

Audi said the dissolution followed an order from the Minister of Interior, Rauf Aregbesola, as the action became necessary following reports of misconduct and corruption allegations against personnel.

“And because there are insinuations that security agencies act as accomplices and because we want to redeem the image of the service due to reports received about our officers in the field, the minister has directed that that department should be re-organized.

“We will be injecting fresh blood or fresh individuals. Those who have served especially in the Niger Delta area for six months to one year, will be changed as over familiarization, you know, can make an individual to compromise,” he said.

In Nigeria’s oil-rich Niger Delta region, there have been allegations that the business of crude oil theft has thrived because personnel meant to fend off the oil thieves, have ended up colluding with them for financial benefits.