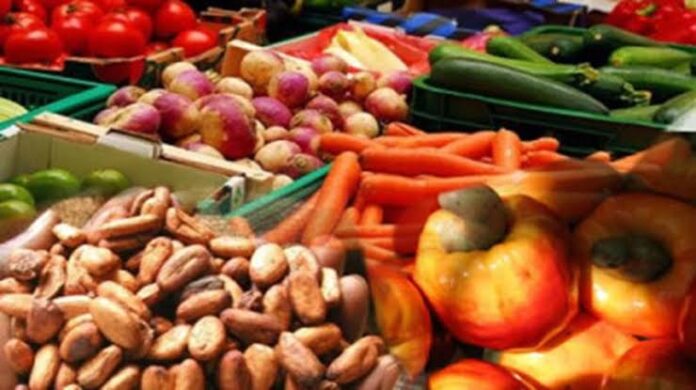 As part of government’s effort to diversify the country’s economy, the National Orientation Agency, NOA, has partnered with the Nigerian Export Promotion Council, NEPC, to promote a citizens awareness campaign tagged “Export4Survival” which is aimed to mobilize citizens to participate meaningfully in non-oil export for economic inclusiveness, sustainable growth and national survival.

Director General of NOA, Dr. Garba Abari disclosed this in his office when he received the Executive Director/CEO of NEPC, Dr. Ezra Yakusak on a working visit.

Abari described Nigeria’s current economic situation as an emergency that requires urgent inputs from all Nigerians, adding that export promotion was the way to go to rescue the economy from collapse.

He expressed confidence that the export competencies and capacities in Nigeria, if properly harnessed, can turn the country’s economic story around.

The Director General recalled when the national currency, the Naira, was far stronger than the Dollar, equal to the Pound Sterling and also accepted as legal tender internationally, noting that the stress on the Naira was due to inconsistency in the implementation of national policies, with so much reliance on oil as export.

He, however, reiterated the Agency’s commitment to working with the NEPC towards returning Nigeria’s economy to those glory days through the Export4Survival campaign.

He said the campaign has similar objectives with NOA’s “Grow We Eat and Eat What We Grow” campaign which seeks to encourage export of Nigeria’s agricultural products and non-food items for the economic growth of the country.

The DG NOA stated that all the 812 Offices of the Agency in the 36 States of the federation, the FCT and the 774 Local Government Areas would deploy their robust platforms to ensure citizens were adequately mobilized to contribute meaningfully to non-oil exports.

Earlier, the NEPC Executive Director, Dr. Ezra Yakusak explained that the three most viable options for Nigeria to diversify her economy and earn foreign exchange remain Diaspora Remittances, Foreign Direct Investment and Non-oil Exports, noting, however, that only Non-oil Exports were within the country’s control.

He said the Nigerian economy has, for too long, depended on earnings from crude oil, but the uncertainties in the crude oil market and the instability in oil prices has caused serious distortions in government revenue in-flow, thus necessitating a refocus on non-oil export as a major earner of foreign exchange.

He said the Export House team was in NOA to leverage its widespread structure for the “Export4Survival” campaign, with the optimism that focusing on non-oil export will strengthen the Naira and deepen public awareness to alternative sources of foreign exchange.