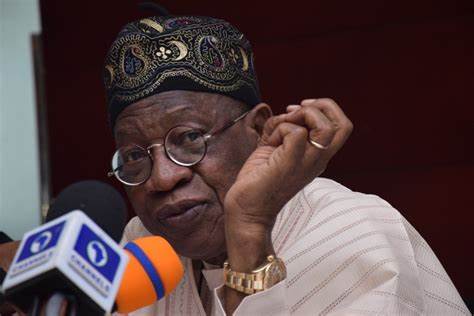 The Minister of Information and Culture, Alhaji Lai Mohammed has appealed to relevant stakeholders such as the parents, religious bodies, Civil Society Organizations, the media, amongst others to play their role in educating the youths about the consequences of drug abuse.

He reassured them that the federal government would leave no stone unturned in ensuring that the war against drug abuse in Nigeria is won.

According to the Minister, the roundtable was conceptualized by the institute to serve as a strategic and veritable platform for scholars, policy makers, researchers and relevant stakeholders to brainstorm and interrogate topical national issues and to recommend the way forward.

Equally, the Minister reassured them that President Buhari was fully aware of the high prevalence of drug abuse especially among Nigerian youths and urgent measures being taken to address the menace.

Earlier, the Executive Secretary and Chief Executive Officer, National Institute For Cultural Orientation (NICO), Ado Mohammed Yahuza expressed the need for concerted efforts to address the menace which has assumed an epidemic proportion.

Yahuza noted that the root cause of the nation’s socio-political and economic predicament was traceable to the erosion of the cultural values.

“We must take steps to ensure that our children and young people are rooted and grounded in our culture.

” We must also be mindful of the fact that the youth serve as bridges between generations. We therefore have the responsibility to prepare them to be responsible leaders of tomorrow”, he stressed.

He averred that the theme for this year’s annual roundtable; “Culture, Drug Abuse and The Future Of The Nigerian Youth”, was selected in response to the alarming and mind boggling statistics of drug abuse in Nigeria especially among youths.

He said that that the statistics by the Nigerian Drug Law Enforcement Agency(NDLEA) showed that 29.4 million Nigerians abuse drugs.