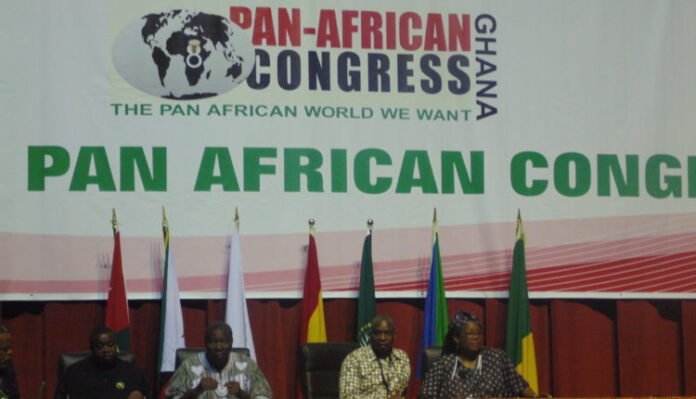 This was brought to fore an event to recognize some Royal Fathers and members of the Diplomatic Corps in Abuja.

The Visioner maintained that Africans must wake up, safeguard and project the continent’s traditional and cultural norms as a way to maintain the Black man’s identity.

At the event, Ezebuiro also lamented the continued exploitation of the continent by Western powers, insisting that it “was time for a world free of racism.”

He said that PADEFECO is poised to promote a world culture where humanity has a single identity and a wider tolerance for religious and cultural diversity.

The group equally called on Traditional Rulers and opinion leaders across the world to join hands with Pan-Afrikan and In-Diaspora United Royal Father’s/Elders Consultative Organization towards giving African descendants a sense of belonging in identifying their roots (Mama-Africa).

“PADEFECO hopes to create an Africa with comparative advantages in trade, economic resources and investments to be at par with developed economies.

We are also using the opportunity of today’s event to tell the world that the continent’s cultures, traditions and norms are not extinct,” Ezebuiro added.

The PADEFECO Visioner urged the Diaspora to know that all the African traditions remain in the continent and were not taken away by the colonialists.

While enumerating the achievements of PADEFECO to include the adoption of Yoruba language into school curriculum in Brazil, the Imperial Majesty revealed that organization which covers Africa, the Caribbean, America, Asia and other continents is collaborating with the international community with a view to reducing poverty and crime in the continent.

Accordingly, PADEFECO called on the Economic Community of West African States (ECOWAS) to implement the resolutions of the 2019 Accra Summit on the proliferation of Small Arms and Light Weapons.

“If implemented, the policy will promote peace and reduce armed insurrections among member states, while also promoting bilateral trade in the continent,” he explained.