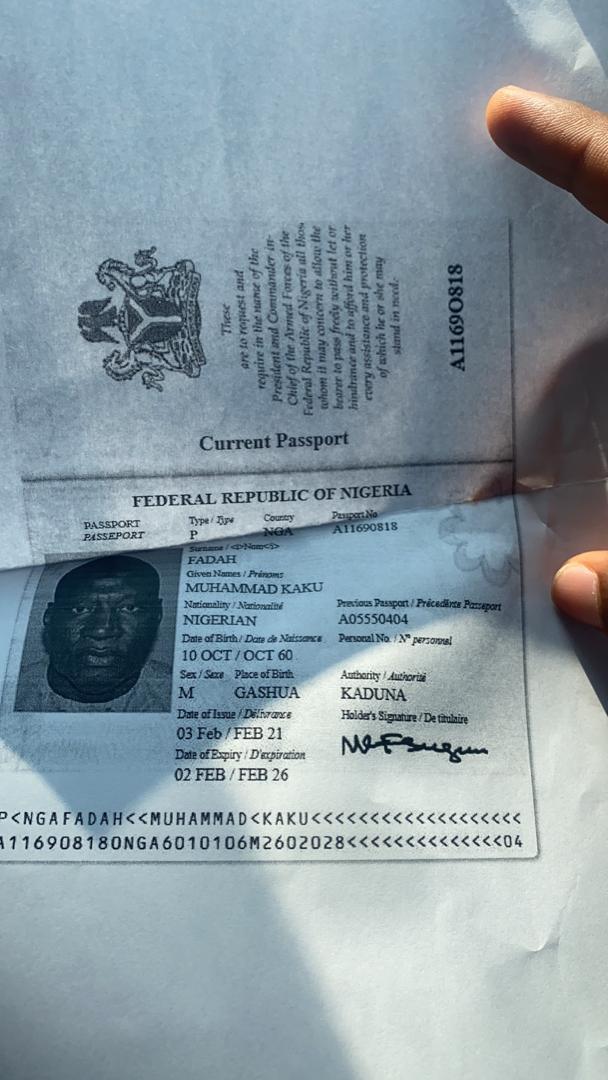 A document from the Nigeria Immigration Service has confirmed that the Director-General of the National Youth Service Corps (NYSC), Brig Gen MK Fadah, faked his age.

Although his date of birth remains something of a mystery, it is being alleged that Fadah claims to have been born in 1970.

However, his travelling papers released by the NIS said otherwise as they showed that the NYSC DG was born 10 years earlier.

According to his passport, Fadah was born on 10 October 1960 and will clock 62 next month.

What this means is that the NYSC DG has stayed beyond the 60 years mandatory retirement age permitted by the public service rules and other extant laws on conditions of service in the Nigerian Armed Forces.

The papers added that the Brigadier-General‘s birthplace is his hometown of Gushua in Yobe State.

There are also concerns that Fadah may have falsified his academic qualifications to get undue advantage to be enlisted into the armed forces.

According to the NYSC, “He attended the Kaduna Polytechnic from where he obtained an HND before proceeding to bag a Post-Graduate Diploma in Management from the Lagos State University.

“He also holds a Master Degree in Peace and Strategic Study of the University of Ilorin. Driven by his insatiable thirst for knowledge, he enrolled for, and is currently working for a PhD Security and Strategic Studies at the Nigerian Defence Academy”.

However, there are reports that the NYSC DG may have forged some documents to reach his current position in the Nigerian Army.

To make matters worse, unlike his predecessors, no information on his date of birth or evidence of education is posted on the NYSC website.

Fadah, who was appointed as the 19th NYSC DG in May, once worked as Direct Regular Commission at the Armed Forces Command and Staff College, Jaji.

Fadah was the Commandant of the Command Secondary School, Kaduna before he was appointed by President Buhari as the DG NYSC.

But his four months in office have been marred by controversies ranging from alleged corruption, incompetence and age falsification.

In its letter to the President, the group listed alleged age/academic records falsification, illegal recruitment of 700 workers with priority on northern Muslims, financial misappropriation, non-participation in one year mandatory NYSC scheme, nepotism and gross abuse of office as the “sins” of Fadah.

The group said it “ resolved to investigate the controversies over the birth and academic records of the director general as a check on NYSC portal suggest the deliberate omission of key info on Brig Gen M.K Fadah bio. No date of birth, no primary/secondary school attended”.

It added that the “DG is shady on whether or not he participated in the one year of mandatory service to the nation before joining the military; the same NYSC he heads today”.

A top source in the NYSC said Fadah didn’t merit the appointment in the first place as he lacks the requisite academic qualifications and experience.

The insider noted that the NYSC DG enjoys the backing of a senior government official who fast-tracked his promotion and facilitated his appointment.

“We are not surprised by the whole age and academic controversies. You can’t give what you don’t have,” the NYSC staff said.

“The new DG operates with impunity and utter disregard for authorities and protocols. He won’t last.”