HomeHeadlinesNigeria on the verge of collapse- Peter Obi
Headlines

Nigeria on the verge of collapse- Peter Obi 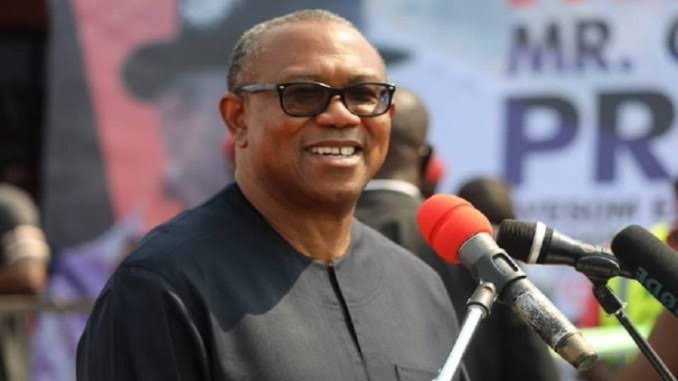 Labour Party’ presidential candidate for the 2023 polls, Peter Obi, has stated that Nigeria is on the verge of collapse.

Speaking in an interview with CNN’s Zane Asher on Friday evening, Obi lamented that the level of insecurity in Nigeria is high, which makes it difficult for investors to come in.

Obi, a former Governor of Anambra State, continued by stating that voting people based on ethnicity, religion, and connections contributed to Nigeria’s current state.

He pointed out that the cost of governance within the structure of the Nigerian Government be reduced to create resources that will be deployed to other critical areas of production.

Going down memory lane during his tenure as Anambra governor, Obi insisted that he has a good track record for which he should be trusted to keep his promises in taking Nigeria out of its present situation.

“What people need to do is to go and look at what I promised as a state governor. When I say I’m going to turn around education, health, pull people out of poverty, bring sanity and civility in governance in Anambra State, whether that happened or not. When I say we are going to save money, did we do that,” he said.

When asked how he intends to rally support from the northern part of the country in actualising his presidential ambition, he said Nigeria must move away from the practice of electing leaders based on mundane considerations apart from competence and character.

“We have been able to elect people based on ethnicity, religion, my turn, connection, or one form of bias or the other which brought us to where we are, or structure, which I always sat, structure of criminality, that is what we want to dismantle now.

“So when you hear about religion, ethnicity, connection, my turn, it is a conspiracy to keep Nigeria under-developed, now we’ve reached the end, we can no longer continue this way,” he added.

On his plan to take Nigeria’s economy out of “life support”, Obi emphasised that there in urgent need to deal with the issue of security decisively which he says impacts the economy negatively.

When tackled on farmer/herder crisis, he said will return to farm and ensure that the vast arable land of the North are cultivated to pull citizens out of poverty.

61-year-old Obi enjoys the support of young Nigerians who believe their dream nation is yet to be achieved.

His ‘Obidients’ supporters have continued to stage solidarity march across various states of the country, apparently to counter the claim of the opposition that Obi has no structure to win presidential election.