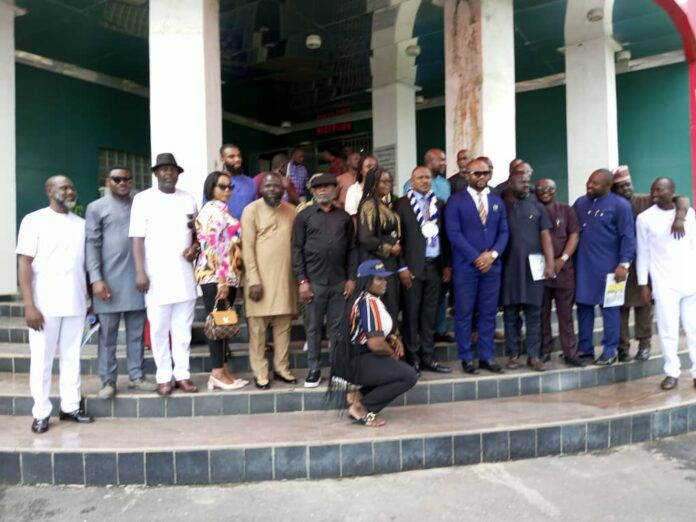 In its continued efforts to ensure the smooth running of policies, checking and balancing the activities of government for accountability and ensuring that the governed enjoy their privileges, the African Leadership Strategy Development Initiative, ALSDI, has organised a Civil Society engagement with the Federal Cooperative College, Oji River, Enugu State on the issue of transforming Cooperative College for sustainable development.

There was also the official unveiling and launching of the People’s Auditor Magazine to checkmate the activities of government.

Speaking during the event held today at the Army Resource Center in Abuja, the Executive Director, of the initiative Comrade Nelson Ossaieze stated that every society that has successfully made the transition from underdevelopment to development has had to find its own local formula that was best suited to its needs noting that government and stakeholders must take advantage of the moment to identify the right practices for cooperative development and engagement.

Ossaieze said that Nigeria’s underdevelopment despite its much acknowledged potentials has been driven by the fact that the country has tried too much for decades to import strategies wholesale from other parts of the world that were not fully adapt to our local circumstances stressing that the centuries old concept of cooperatives has helped with wealth creation, capital formation and large- scale poverty alleviation.

He noted that, “while we recognize the mission of the Cooperative College: to provide knowledge, vocational and entrepreneurial skills necessary for cooperative development, this will avail us of an opportunity to interact on how transforming Cooperative Societies can help us achieve sustainable development goals, set up in 2015 by the United Nations General Assembly”.

While commending the management of the Federal Cooperative College, Oji River, Enugu State for its efforts in achieving sustainable development, the Executive Director said that the engagement was going to be a reference point in history, “we shall be consummating a marriage between education, Civil Society and cooperative sector.

“Education is critical to development as every society must have an organised and sustainable strategy to produce at scale, the much- needed human capital to drive the process. Civil Society on the other hand is an important building block in the development super structure, facilitating two- way flow of communication between government and the governed and ensuring both sides aren’t working at cross purposes to each other.”

He added that awards were not just instruments to encourage dedication to service, tact, excellent delivery, outstanding performance and accountability but were also a means of motivating and encouraging others to excellence saying that “this is why we organise award ceremony annually to encourage persons and institutions”.

The event also witnessed the presentation of an award for the Most Distinguished Steward Award of the month presented to Pastor Daniel Idowu Okeze, for his assiduousness, stellar leadership qualities and uncommon dedication to duty as Internal Auditor.

Receiving the Award, Okeze thanked the the initiative for recognizing his efforts , saying that every one should give value to government business.

Also the institute was given an award certificate which was meant to encourage and draw its attention to the public.