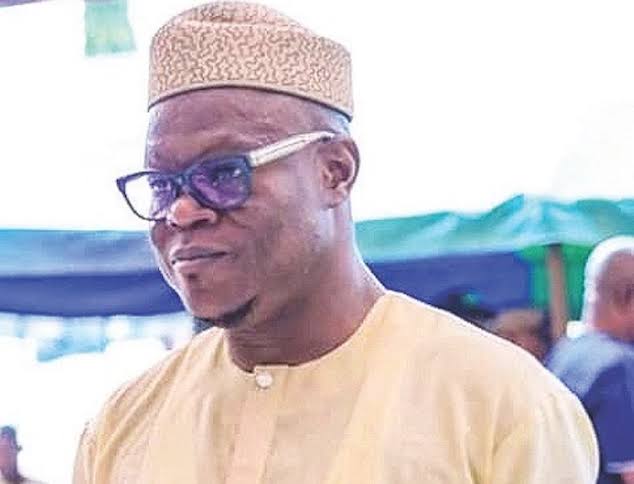 Senate spokesperson and senator representing Osun Central Senatorial District in Osun state, Senator Ajibola Basiru, had said, he had attracted multitudes of developmental projects to the Senatorial district in the space of three and half year of been in the senate.

Speaking at an event tagged ‘ Town Hall Meeting’ held at Adolak event Hall in Osogbo, Basiru said he had achieved so much to get another mandate of his constituents.

Reeling out his achievements, Ajibola said, he constructed schools and entrepreneurship development center at Awosuru Area, Osogbo. He also said he provided 465 solar street lights to the constituents.

The lawmaker added that he facilitated provision of transformer for the electrification at Osunlepo Community, Kuleya community, Surulere Oke-Onitea community and Omigade community adding that maize seedlings, knapsack sprayers, wheelbarrows, cutlasses among others were also distributed on December 29, 2021.

He noted that, he rehabilitated Orita Ayetotro -Abaku-Alaperin-Sabo roads and also constructed drainage and asphalting which were completed and delivered on December 7, 2021 among other giant strides and empowerment.

The lawmaker, who is seeking a second term, also listed quality representation, legislative interventions, area electrification, empowerment programmes, water projects, road rehabilitation, and construction of schools among others as his scorecard and noted that he had achieved enough to get another mandate from the people of Osun Central in the 2023 general elections.

While speaking on his legislative strides, Basiru stated, “I have sponsored so many bills. One of the bills is the bill of state police but unfortunately, the bill was not allowed to see the light of the day at the review committee. But, happily enough, about 3 to 4 days ago, Northern Governors and stakeholders have said they are for state police. So, I believe we are going to reintroduce the bill with the new knowledge and reality that we need state police.

“I also introduced the Federal Medical Centre Osogbo bill which has been passed by the Senate and have been transmitted to the House of Representatives for concurrence.

Speaking further on his achievements since he was elected Senator in 2019, he said, “as you can see, pictures don’t lie. What we have done here shows a 30 minutes documentary on our achievements in the past three years.

The documentary revealed quality representation in terms of our intervention in attracting capital projects to our Osun Central Senatorial District.

“We have attracted schools in nine local government areas; we have attracted agriculture entrepreneur centres, road infrastructure, empowerment and employment of our people.

We have also facilitated employment of our constituents in federal government intervention in terms of small and medium scale empowerment loan for COVID funds intervention and engagement in special architecture.

“The documentary speaks for itself as to what we have been doing in the past three years.

We have been able to implement only 2020 and 2021 budget, by the time the implementation of 2022 budget is reviewed in this month, more will be given to the people of Osun Central Senatorial District,” he added.

In his remarks, Osun State Governor, Gboyega Oyetola said Basiru had performed well to earn second term in the Senate.

Represented by Taiwo Akeju, Commissioner for Political Affairs, Oyetola said, “Ajibola Basiru has done so well in the history of the National Assembly. As a first timer, he was given the position of the spokesperson of the Senate. He has done so well to deserve a second term and we are very proud of him.