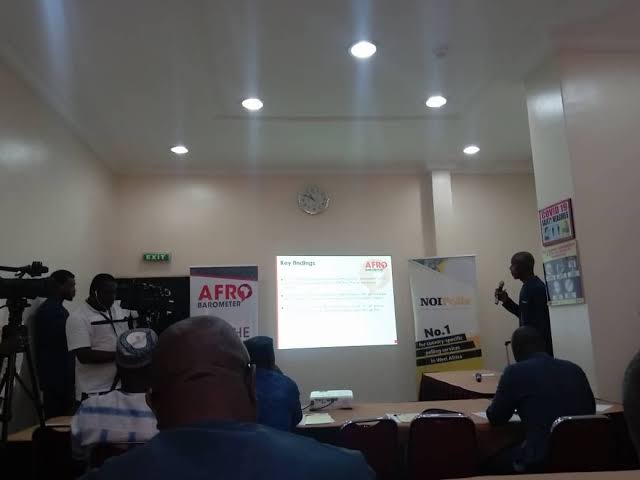 A new opinion poll conducted by NOIPolls and its partners, AfroBarometer has revealed that crime and insecurity are top in the urgent needs Nigerian citizens want the government to address.

According to NOIPolls, an increasing number of citizens do not feel safe in their homes and neighbourhoods as forceful abduction and kidnapping have remained sources of worry even as a greater number of citizens believe the security agencies, particularly the police have not done enough to mitigate the upsurge on number of kidnapping cases across Nigeria.

Presenting the report to stakeholders and Journalists in Abuja on Tuesday, the CEO NOIPolls Dr. Chike Nwangwu said while 41 per cent of respondents want the government to address crime and insecurity, 39 want urgent solutions to the country’s economic management while 35 per cent want the issue of unemployment resolved.

He said no region of the country appears safe as criminality is on the increase with the likelihood of criminals invading people’s homes to attack, raising fear and uncertainty in the minds of a greater number of citizens.

He added that the survey further exposed the fact that Nigerians have lost trust in the Nigerian Police and their ability to effectively address the issues of insecurity, kidnapping and abduction.

In his remarks, a security consultant and the CEO Beacon Consulting, Kabir Adamu said the data is a tool that can be used by policymakers and researchers to develop modalities on how to curtail crimes and the growing security concerns in Nigeria.