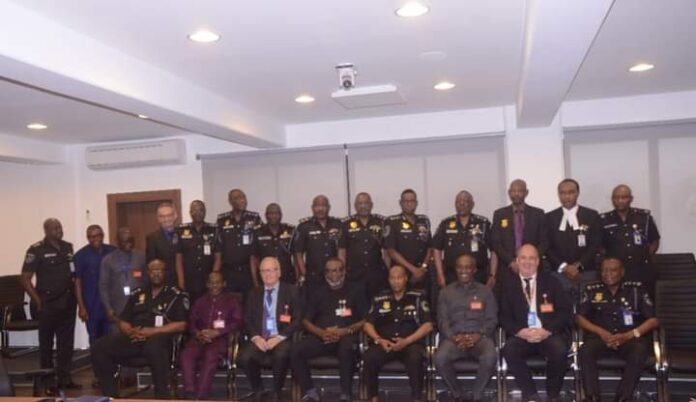 In its continuous efforts to reposition the Nigerian Police Force, through reforms agenda , the Inspector General of Police, IGP Usman Alkali Baba, has met with the presidential committee on Police reforms and Resident Representative of the United Nations Development Programme UNDP Nigeria.

Members of the Nigerian Police Force Management Team met with the representative of UNDP, Mr. Mohammed Yahya and his team including representatives of the German Government in Abuja.

Force Public Relations Officer, CSP Olumuyiwa Adejobi, in a statement in Abuja on Wednesday said that during the meeting, the UNDP Resident Representative discussed areas of further collaborations with the Nigeria Police Force to achieve the Presidential Action Plan for Police Reforms in the country.

Stressing that the areas considered and deliberated upon include training and retraining, support in acquisition of logistics such as ICT-based gadgets and intelligence networks, welfare etc., in line with the President’s approved road map.

“The Inspector-General of Police expressed the willingness of the Force under his Command to support the UNDP, international community and other relevant agencies under the Presidential Committee on Police Reforms.”

Adding that Baba, similarly discussed some projects that have been completed under his watch in line with the Police Reform Agenda such as the completion of more than 120 model police stations across the country, construction of modern NPF Resource Centre, provision of barrack accommodation to some officers and men of the Force, health facilities, and other developmental projects across the country, as well as the yearly recruitment of 10,000 Police Constables to boost the manpower drive of the Nigeria Police Force which are all catalytic to improved service delivery of the NPF.

Furthermore, he said in the same vein, the IGP appreciated the Federal Government of Nigeria, under the amiable leadership of President Muhammadu Buhari, for its continuous support in all areas to reposition and boost the police for effective and efficient service delivery in Nigeria.

He further reiterated the commitment of the Police Force to improving its services at all levels in order to have better security and public safety in Nigeria.