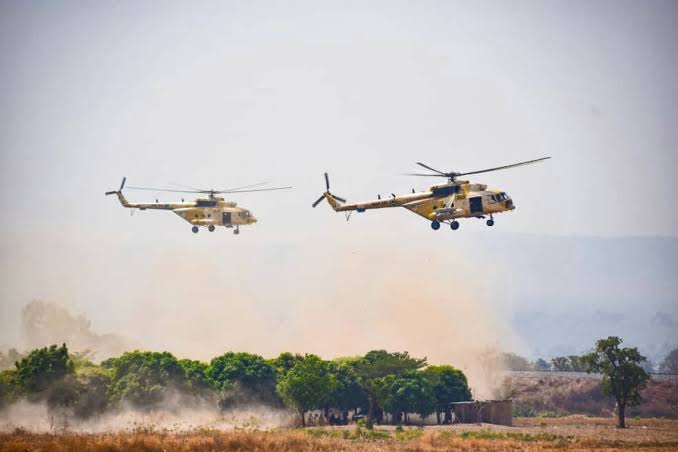 ONE of the leaders of bandits operating in Katisna and Zamfara States, Dogo Rabe and 7 others have been killed in today’s Nigerian Air Force, NAF’s several precision bombing on notorious bandits’ leaders, Gwaska Dabkarma and Sani Dangote locations

“So far, bandit leader, Dogo Rabe and 7 others have been killed while Dankarami and Dangote where about is still unknown” the source revealed.

Efforts to speak with the NAF authority in Katsina State for comment were unsuccessful.

Nigerian troops nab foreign national, 4 others with cocaine worth $278m in Lagos