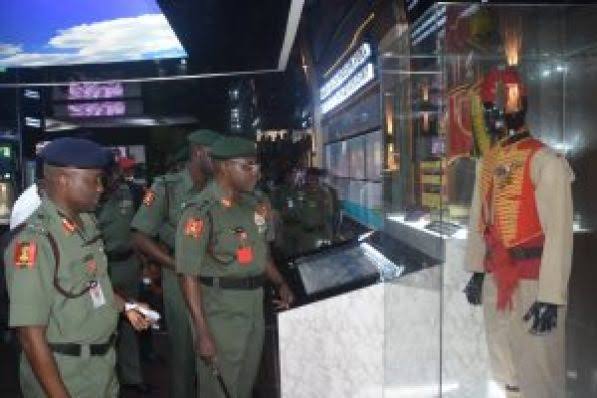 Prior to the establishment of the Abuja museum, the Nigerian Army museum was situated in Chindits Barracks Zaria, Kaduna State, which was co-located with the famous Nigerian Military School Zaria.

According to the Army hierarchy, as part of ways to preserve culture and history along with artefacts and relics, the Army thought it wise to relocate the museum to the Federal Capital Territory, FCT.

This, it said, will make the facility more accessible to visitors and the public.

The COAS upon assumption of office, embarked on the reconstruction and renovation of the museum and subsequently digitalised it.

The project was commissioned in a brief but colourful ceremony on Tuesday.

The digitalised and interactive Nigerian Army Museum and Archives which is presently headed by Brigadier General Umar Babangida, is stuffed with various artefacts and relics of the activities of the Nigerian Army since its establishment in 1863 to date.