HomePolitics2023 Election: Atiku Will Not Just Unify, He Will Also Restore Nigeria's...
Politics 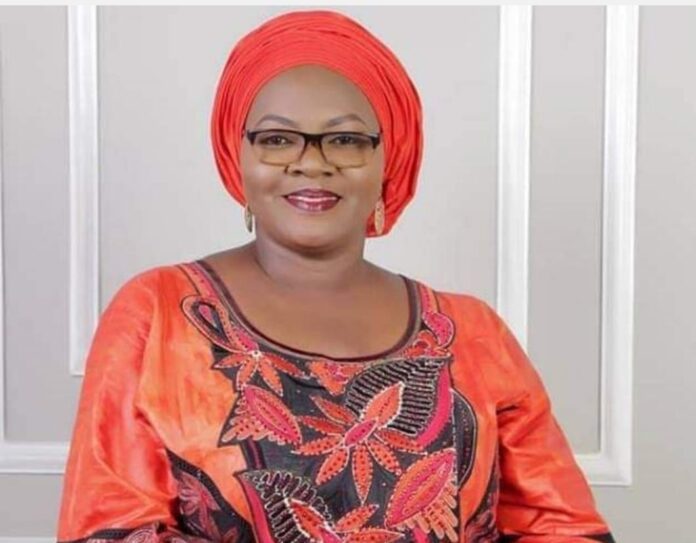 Amina Yahaya Okeke , a chieftain of the PDP and Media head of the PDP governor’s forum has asked Nigerians to support the presidential ambition of Atiku Abubakar.

Okeke described Atiku as a unifier, a man with many competencies and the only hope to the restoration of Nigeria lost glory.

Okeke while addressing the media on the candidacy of Atiku Abubakar said the youth and women won’t be left out when Atiku is sworn in as president come 2023.

She said unemployment will be addressed and job’s created as this is captured in his book titled “My Convenant with Nigeria”.

She said Atiku has showed the inclusiveness in recent appointments and as a man of his word, he will ensure 40 percentage inclusiveness of women and youths in his administration.

Okeke said PDP remains a party to vote for and the best in the history of democracy as far as Nigeria is concerned, she insisted the PDP records outlived the present APC administration.

In her words the current administration is a total failure and as such can not even come near comparison.

On Tinubu and Obi candidacy “They are the least of our worries as a political party, yes they can not be writing off but they are never a threat and can never be to the PDP”.

“As the Campaign kick start tomorrow , let Nigerians do the needful, everyone is tired of this monumental failure of the Buhari APC-Led administration, Human lives has lost value, No Job , no work, Nigerians must understand that 2023 election should be a protest against bad governance.

Okeke also called on the PDP to ensure they win the majority of the seats in the national assembly and ensure that people like the minority leader, Godwin Ndudi Elumelu emerge as speaker and Gov. Aminu Waziri Tambuwal as Senate president as this will ensure smooth running of the Administration.

On the choice of Ndudi as speaker , she said “Ndudi has proved beyond every sense of reasoning his capacity as a leader in the 9th assembly as all his bills sponsored are people orientated bills and where anyone comes from does not really matter to him so long you are a Nigerian he will always lend his voice for your justice “.

“Ndudi believes in God, and for the love he has shown his people and as such his reelection back to the national assembly is already sealed by God, he has written his name in the sands of time already”.she said