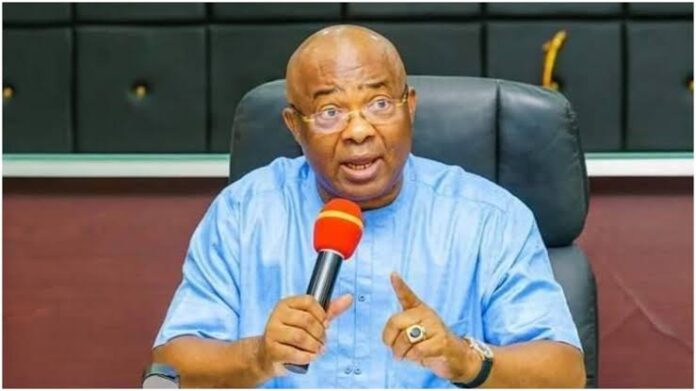 Group operating under the aegis of Center for Credible Elections and Reform, CCER has accused the Imo state governor, Chief Hope Uzodinma and the Department of Security Services, DSS in the state of abducting a staff of the Independent National Electoral Commission, INEC, Mr. Felix Agu over the alleged exposure of electoral fraud in the state by the Coalition of United Political Parties, CUPP’s spokesman, Ikenga Ugochinyere.

In a statement signed by the organization’s National Chairman, Comrade Uzo Kalu, the group alleged that the Department of Securiy Services, DSS in Imo State working in conjunction with the state governor abducted a staff of the Independent National Electoral Commission, INEC in Imo State, Mr. Felix Agu for over 10 days and have kept him in solitary confinement without access to his family, lawyers, doctors and in absolute violation of his fundamental rights.

It alleged that that following the revelation by the CUPP of the falsification of the voters register particularly in Imo State especially in Omuma Ward which is the Ward of Governor Hope Uzodimma, the governor has been restless saying that Mr. Agu has been abducted and is being forced to help the Governor cover up the exposed rigging plan.

“The abduction of Mr. Felix Agu by agents of the Imo state Governor is a threat to free and fair 2023 election and poses a lot of questions for Nigerians to seek answers to.

“First, why has the National Headquarters of the Commission not been officially informed if Mr. Agu committed any crime? Why has Mr. Agu been held in solitary confinement for ten days without being released or charged to Court in line with the Constitution?

“Why has Mr. Agu not been granted access to any of his lawyers, family and doctors if this was a legitimate arrest?

“It is very worrisome that instead of investigating and arresting those behind the Omuma Magic, the DSS in an unholy alliance with the Imo State Governor is abducting ICT staff of the Commission and forcing them to help cover up the falsified registrations and extracting loyalty and Oath of Secrecy from the staff.

“We therefore call on Nigerians to take note of actions like this where a Federal Government Agency is now at the beck and call of a State Government to cover felonies. We also call for the National Chairman of INEC to immediately demand the release of Mr. Felix Agu from DSS custody since he is not missing as earlier thought by family and colleagues in the office”, the statement read in part.