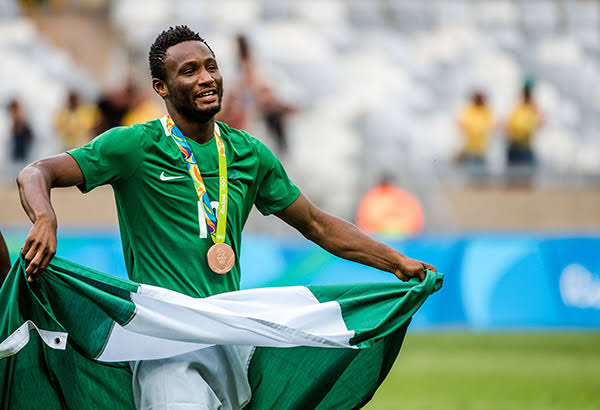 Mikel came into lime light in 2005 during FIFA U20 World Cup where he led Nigeria to a second-place finish, losing 2-1 to Argentina

Mikel how was rated second best to Lionel Messi at 2005 FIFA U20 World Cup had stints at Tianjin Teda, Middlesbrough, Trabzonspor, Stoke City, and Kuwait SC.

The 35-year-old has also enjoyed success with the Super Eagles of Nigeria with 89 caps. He played an important role in the Super Eagles’ 2013 Africa Cup of Nations triumph in South Africa.

The former Chelsea man also qualified and played in three World Cups for Nigeria before his international retirement in 2019.

Mikel who has been without a club since November last year has now decided to officially hang his boots, as he penned a heartfelt message on his Instagram page.

“There is a saying that “all good things must come to an end”, and for my professional football career, that day is today.

“I look back at the past 20 years of my career, and I must say that I am very satisfied with all that I was able to achieve and more importantly the human it has helped shape.

“All of this would not have been possible without the unwavering support of my family, managers, clubs, coaches, teammates and most importantly my ever-loyal fans.

“You supported me through my highs and lows, even on days that I did not live up to your expectations. I say a big thank you.

I will also like to encourage everyone who I may have inspired one way or the other in the course of my career to never give up on their dreams, for every time you think about quitting, remind yourself why you started.

This is not goodbye, it’s the start of another journey, another chapter of my life. I look forward to what the future holds and I hope you will walk with me. Thank you.’’

Mikel started his career with a local club, Plateau United, before joining a Norwegian club, Lyn Oslo, at the age of 17 in 2004.