HomeSportsNigeria football needs to be run as business — Mohammed
Sports

Nigeria football needs to be run as business — Mohammed 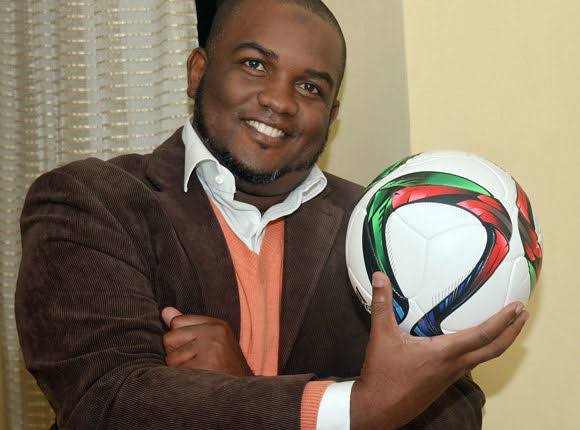 Mouktar Mohammed, the Chairman, FCT Football Association, says the country needs a President in charge of football who understands the sport as both a unifier and business.

Mohammed said in Abuja ahead of the Nigeria Football Federation, NFF, Elective Congress on September. 30 in Benin City, Edo State.

He said that the NFF needed a leader at the helm of affairs with certain qualities such as transparency, integrity, a good image to attract sponsorship and good leadership skills.

He said he was confident that he had those qualities and is the right man for the job, having personally been able to achieve all the requirements.

“I understand football; the mental, physical and business part of the game, because I have done this for over 15 years on a micro level.

“I have the wherewithal to attract all the infrastructure development that Nigeria needs, having achieved so much success on a micro scale.

“I have been an intermediary, dealing with players and families with international clubs for 15 years now.

“I am up to task of turning the NFF eco system into a job creation system and also a source of huge revenue for the federation.

“Nigeria needs somebody who believes that football is a unifier and a business and I am up to the task and will hold that in trust for over 200 million people and do the basic right things,” he said.

He noted that what the government needed was the right person to partner with to turn football into a business and not one who would collect money always and spend frivolously.

He stressed that government required someone capable of turning the NFF ecosystem into a job creation platform and a source of huge revenue for the federation and the country.

“Nigeria needs one that understands that when government encourages you, you have to go out there and encourage the whole football ecosystem to buy, sell, grow and create jobs.

“This is exactly how it works in other countries which we desire to emulate.

“For instance, in the UK, if you look at the Premier League, I understand how it works. The media is number one.

“They pay the TV rights to the clubs and the clubs get money from fans and pay money to the players and workers as wages and salaries.

“If you look at it, football is a huge industry in the UK and an economy booster worth over 7 billion pounds and that’s just the English Premier League.

“Look at our population, we are over 200 million. So, I understand that Nigeria needs somebody who believes that football is a unifier and a business,” he said.

The FCT FA Chairman noted that he was well experienced with a verifiable track record and the qualities to turn around the fortunes of football in the country.

He stressed that there was an urgent need to do away with all the bad things that have led to destruction of the game over the years such as doping, match-fixing and so on.

He added that all stakeholders of the game must be carried along in the process as that was the only way forward to achieve the much desired success.

“I have seen a lot of people blowing big grammar, talking a lot and saying “I will do”. No, but with me, I have done it.

“There’s a big difference. Nigerians are tired of such stories.

“They want somebody who is a performer, who is a doer and who has a track record and I am the right person.

He said that he didn’t believe in football being rotational or sectional, adding that he believed that the best man for the job should get it.

“I humbly ask for the trust of all Nigerians as I promise to deliver and not fail.

“To the stakeholders, I ask everyone of you to think deeply before casting your votes. I want you to know that the blame will be on you if you don’t take the right decisions.

“History will judge you and so I urge you to do the right thing and pick the right person for the job without sentiments, fear or favour.

“We want the race to be free, fair and transparent and produce the best team that will do the right job for the country,” he said.

However, the proposed September 30 NFF elections may not hold, following a Federal High Court Abuja order directing that it be put on hold pending the hearing of a case before it.

Justice Inyang Ekwo, in a ruling on an ex-parte motion moved by counsel for the claimants, Celsus Ukpong, ordered the minister, Pinnick or any person, acting on their instruction, to maintain a status quo.

This he said, was pending the hearing and determination of a motion on notice for interlocutory injunction.