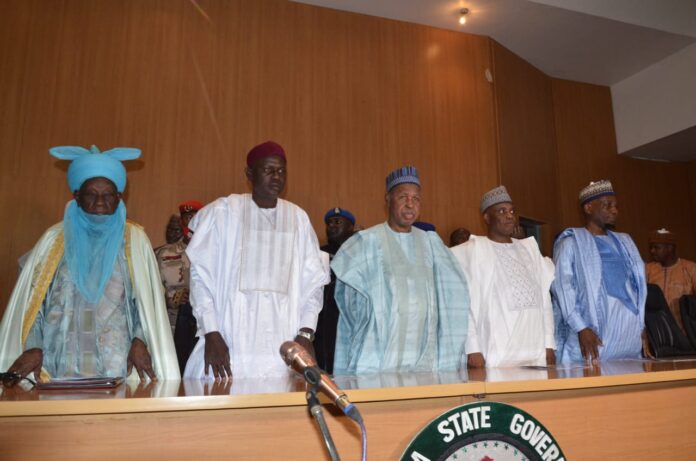 Multilateral security meeting of Katsina, Sokoto, Zamfara and Kebbi States and Maradi Region, Republic of Niger conveyed by the Gov of Maradi, Chiabou Aboubacar met in Katsina on Tuesday over the state of insecurity bedeviling the two countries.

According to the Matadi Region Governor, “we are in trouble because terrorists have denied us sleeping with our two eyes closed.

“Participants at this meeting are one family, hence, we deem it necessary to sort ourselves out at mitigating the menace.”

On his part, Masari also lamented the state of insecurity in his area and listed some measures government had taken towards addressing the matter.

He said that his administration had among other measures, built the capacity of traditional rulers and local government administrators to deal with emerging real and potential threats in their areas of administration, through local content initiative.

“We also promote the concept of Alternative Dispute Resolution mechanism, as provided by the State Multi-Door court process, enhancing and promoting Inter-security agencies liaison through the establishment of joint operations and information-sharing platform,” Masari said.

Representatives of Kebbi and Zamfara states noted that the significance of the meeting cannot be over emphasised, especially as the two countries face common cross-border crimes of terrorism, armed banditry, illicit drugs trade and associated crimes.

A communique was still being expected from the meeting as at the time of this report on Tuesday afternoon.