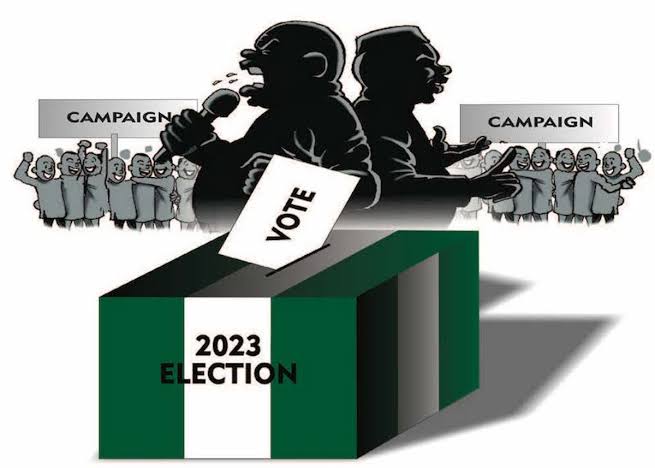 Barely five months to the 2023 general election, governance has been pushed to the backstage as political parties begin their campaigns today.

The Independent National Electoral Commission, INEC, has fixed September 28 for the commencement of nationwide campaign by political the 18 parties.

While most of the political parties will formally inaugurate their campaign councils today, the ruling All Progressives Congress, APC, is still embroiled in crisis over the composition of their presidential campaign council led by Governor Solomon Lalong of Benue State.

The major issue with the composition of the APC Campaign Council is complaints by some APC governors and leaders that only members of the party loyal to the Presidential candidate, Bola Ahmed Tinubu populate the council.

Among APC leaders and chairfatins that were conspicuously missing on the list are Vice President Yemi Osinbajo; Minister of Information, Lai Mohammed; former Speaker of the House of Representatives, Hon Yakubu Dogara and the SGF Boss Mustapha.

Following the complaints the council announced it has postponed flag off of it campaign to enable is accommodate more members and interests into the council.

However, despite the assurances that more members will be accommodated in the APC council, the cold war between supporters of Bola Tinubu and core supporters of President Muhammadu Buhari led the National Chairman of the APC, Senator Abdullahi Adamu is yet to abate.

Authoritative sources in the party said Abdullahi Adamu and his group are not on same page with Tinubu, and have not even forgiven him for mocking President Buhari with his ‘Olu’le’ comment where he insinuated that Buhari contested presidential election thrice until he came to his aid in 2015.

There are also concerns that Abdullahi Adamu’s camp may truncate Tinubu’s ambition through anti-party activity like some PDP leaders worked against the second term ambition in 2015.

If fillers from the APC is anything to go by, Tinubu may as well forget almost all the states in the north if the disquiet in the APC is not amicably resolved before February 2023.

In the opposition Peoples Democratic Party, PDP, the party has culled the bluff of the Rivers State governor, Nyesom Wike and will be inaugurating its Presidential Campaign Council in Abuja today, Wednesday.

It took the PDP several weeks to constitute its campaign team as a result of the demand of Governor Wike for the resignation of the National Chairman, Iyorcha Ayu over the outcome of the party’s presidential primary election.

Several leaders of the party had approached Wike to resolve the rift and unable to bear his overbearing stance anyone the PDP National Executive Committee, NEC met two weeks ago where they passed vote of confidence on Ayu and members of the National Working Committee, NWC.

As Wike continued to shun peace over moves by PDP, the national leadership of the party looked beyond him and went ahead to constitute its Presidential Campaign Council with Governors Emmanuel Udom of Akwa Ibom state and Hon Aminu Tambuwal of Sokoto state as chairman and Director General of the Council, respectively.

Some supporters of Wike that were listed as members of the PDP Campaign Council rejected their nomination, saying they will not campaign for the PDP presidential candidate unless Iyorcha Ayu quits as the chairman of the party.

The PDP presidential candidate gave indication that he was forging ahead without Governor Wike when he appointed some Special Advisers on Tuesday. Among the appointees is the immediate past National Chairman of the PDP, and Wike’s arch rival, Prince Uche Secondus who was forced out of office by the Rivers State Governor.