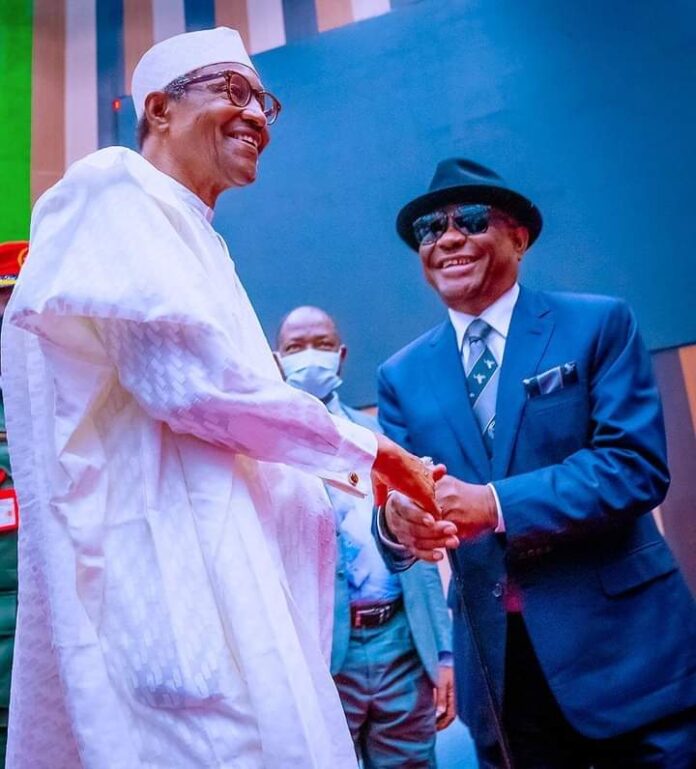 President Muhammadu Buhari has charged the Judiciary in the country to remain neutral in their determination of election related cases as the nation gradually progressed into the 2023 general elections.

“As the 2023 general elections draw near, the significance of the legal profession becomes even more pronounced considering the vital roles you play in the electioneering process, both at the pre and post-election stages.

“I hope you maintain the position of an honest arbiter,” President Buhari said.

The President, who assured of his commitment to the improvement of the welfare of Nigerian judges, urged them to always ensure justice.

He noted that “a society where justice thrives is one that can be assured of development.

“For Nigeria to effectively embrace sustainable development, institutions such as the legal profession must remain deeply committed towards promoting good governance.”

President Buhari spoke in Abuja, yesterday at the commissioning of the Body of Benchers complex.

On judges welfare the President said: “I recall that on the 28th July, 2022 when I played host to the leadership of the Body of Benchers, its Chairman, Chief Wole Olanipekun, SAN, was very emphatic in making a case for the welfare of judicial officers in the country.

“I am not unaware of the passion and commitment of Chief Olanipekun in championing the cause of the welfare of judicial officers in Nigeria, as well as the commitment of the Body on this matter.

“May I restate my commitment towards this ideal.

“In similar vein, I have been intimated of the engagement of Consultants by the Body, through its Judiciary Advisory Committee, to amongst other things, come up with a peer review of the conditions of service of judicial officers in Nigeria with other countries and jurisdictions, within and outside Africa.

“I earnestly look forward to the completion of this peer review and the submission of recommendations, as this will assist us to review of the welfare packages,” he said.

President Buhari commended the leadership and members of the Body of Benchers for the successful completion of the complex.

Earlier, Olanipekun called for a more virile and independent Judiciary, noting that the Constitution thrives on the doctrine of separation of powers.

He expressed concern over the incessant complaints of poor conditions of service by judges across the country.

Olanipekun noted that as part of efforts to address the challenge, the BOB set up a standing committee known as the Body of Benchers Judiciary Advisory Committee to constantly interface with members of the Bench in order to take their concerns and frustrations up with the appropriate authorities.

He added that the committee is also saddled with “the task of comparing packages made available to judicial officers in other jurisdictions.”

Olanipekun said the BOB was currently added that the the implementation of the report and recommendations of the 2018 Committee on the Review of Judicial Salaries and Conditions of Service.

He said realization of the vision of building the complex could be attributed to the foresight of 16 persons, of which one of them was still alive, while commending two retired Chief Justices of Nigeria, Justice Alfa Belgore and Justice Mahmud Mohammed.

Olanipekun while commending the President for his assurance to improve on judges’ welfare, said “may I publicly thank and commend Mr President for his fast response to my address that a democratic government, standing on a tripod, cannot thrive where one is not properly taken care of.’’

The acting Chief Justice of Nigeria (CJN), Justice Olukayode Ariwoola described the building as “magnificent and befitting of the Body of Benchers.”

Ariwoola noted that the sacrifices of past Chairmen and Presidents of the Body of Benchers has eventually paid off.
He urged the Body to put the facility to good use, particularly in hosting the call-to-bar ceremonies

The Attorney General of the Federation (AGF) and Minister of Justice, Abubakar Malami, congratulated the acting Chief Justice of Nigeria (CJN), Olukayode Ariwoola, on his confirmation.

Malami said the legal profession needs to purge itself of charlatans, noting that “we cannot afford to lower the bar, if must retain family confidence.’’

He said the President had already made improvement in remuneration of judicial workers a priority, further demonstrating his love and respect for the legal profession.

Malami said the Body of Benchers complex transcends a physical structure, capturing the essence of the Body in the conscience of legal professionals and creating an enabling environment for the administration of rule of law.