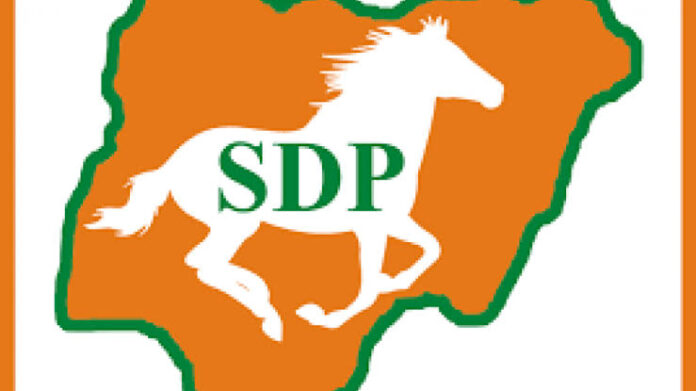 Social Democratic Party, SDP, Governorship candidate for Taraba State, Hon. Danladi Baido has called on Nigerians to be proud of their country as Nigeria marks its 62nd Independence anniversary.

In a message to Nigerians, Hon Baido said Nigeria has gone through her share of various challenges which she has surmounted with great pains and sacrifice.

Part of the statement read: “As Nigeria marks her 62nd Independence anniversary on Saturday, October 1, 2022, it is with great joy that I salute the people of this country on this great milestone. Six decades in the life of a nation is worthy of celebration especially with the challenges it came with and the unity we still found among ourselves.

“Indeed, Nigeria has gone through her share of various challenges which she has surmounted with great pains and sacrifice. However, the future is always brighter and Nigeria should be greater. I urge all citizens to be proud of this nation as we don’t have any other country than Nigeria and we must do all we can to make her better.

“On this auspicious occasion, I felicitate with the President of the Federal Republic of Nigeria, His Excellency, Muhammadu Buhari and the people of the country on the 62nd independence anniversary. I wish Nigeria a unity of purpose among all sectors and diversity of the people more bond as we look forward to more fruitful years ahead.

“For the people of Taraba State, in addition to wishing all a happy independence anniversary, I want to state that the task of further developing the state is enormous as the progress to greatness over the years has been very slow.

“Taraba State was created on 27 August, 1991 and 31 years old has not progressed in comparison to its peers which are a very bad commentary going by the massive human and natural resources the state is blessed with.

“However, as the general elections beckons in 2023, I want the people of the state to think very deep on their choices on the new leadership they want for themselves come May 29, 2023.

“We can no longer continue the blame game as to why the state lacks behind. The state really deserves the best in 2023 and the Social Democratic Party (SDP) is not an option but the best for the state.

“As I offer myself to be the Governor of the state in next year’s election under the SDP, the people of the state have a better choice than in the other parties. And as the formal electioneering campaigns for the governorship elections kick-off on October 11, 2022, I shall provide an issue-based campaign that shall put the Taraba State first.

“I urged the good people of Taraba State to make informed choices and vote for all the candidates of the SDP for a change of direction that will lead to a progressively new lease of life. A united and democratic Taraba State is achievable.”