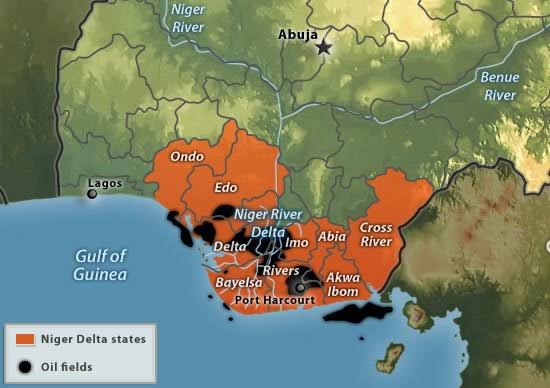 Communities in the Niger Delta have continued to live in depressing and deplorable conditions, despite the fact that the wealth derived from these areas is the main economic mainstay of the country, a new report by the Socio-Economic Rights and Accountability Project has revealed.

The 82 pages report was launched on Wednesday in Lagos, and titled: ‘We Are All Vulnerable Here’: How Lack of Transparency and Accountability is Fuelling Human Rights Violations in the Niger Delta.

According to the report, the communities in the Niger Delta remain the poorest in the country.

The report presented to the media by Dr. Olubunmi Afinowi, Faculty of Law of the University of Lagos, discloses that “The region remains deeply in the grips of squalor, poverty, and environmental degradation.”

“Corruption contributes to poverty and consequential suffering of many people in the Niger Delta. The right of the people to a clean, safe and healthy environment is routinely violated and abused by the government and oil companies.

While speaking at the event, a human rights lawyer, Femi Falana, said the management of the Niger Delta Development Commission by interim administrators is illegal.

“The Attorney-General of the Federation and Minister of Justice, Mr. Abubakar Malami SAN should advise President Muhammadu Buhari to urgently reconstitute the NDDC board of directors.

“Since the appointment of interim administrators is unknown to the NDDC Act, all contracts awarded by them are illegal and liable to be set aside.”

Falana also called on the Federal Government to release the report of the Forensic auditing of the NDDC to enable the oil-producing communities to demand accountability from many contractors who collected huge funds and abandoned development projects in the Niger Delta region.