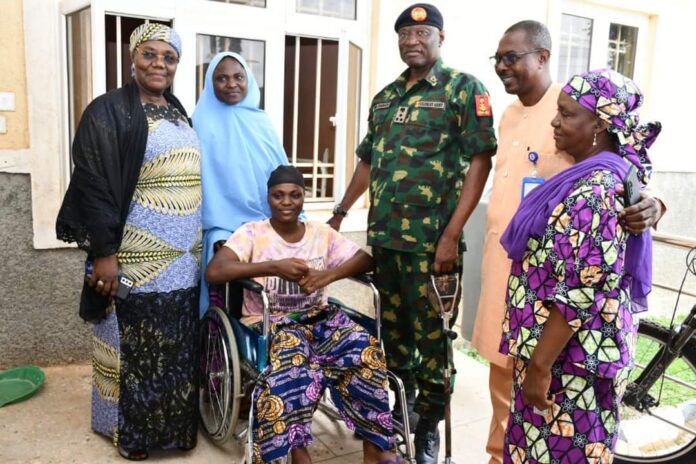 NYSC Director General, Brigadier General Muhammad Kaku Fadah has paid a condolence visit to the family of a deceased Corps Member, Abdulazeez Rabiat AD/22B/0591 who was involved in a fatal road accident alongside other passengers after the completion of her Orientation Course in Adamawa State during the 2022 Batch “B” Stream One Orientation Course.

The deceased redeployed to Kano State and after her registration in Kano on the way back home to Kaduna State, the unfortunate incident occured in Kumkumi along Zaria-Kano express way.

Though, she has been on admission at the 44 Nigerian Army Reference Hospital in Kaduna where DG had earlier visited her before her passage recently.

In his condolence message during a visit to the bereaved family in Kaduna on Thursday, the NYSC Director General, Brigadier General Muhammad Kaku Fadah described the tragic death of the patriotic Corps Member as a loss to the Scheme and the nation at large.

He lauded the deceased Corps Member’s obedience to the clarion call of serving her fatherland.

The Director General prayed that God should console the family and also grant the late Corps Member eternal rest.

The father of the deceased Corps Member, Mr Abdulazeez thanked the Director General for identifying with the family in their trying moment.

The DG commended the Chief Medical Director of the hospital and his team for the quality of medicare being administered on the hospitalised Corps Member.