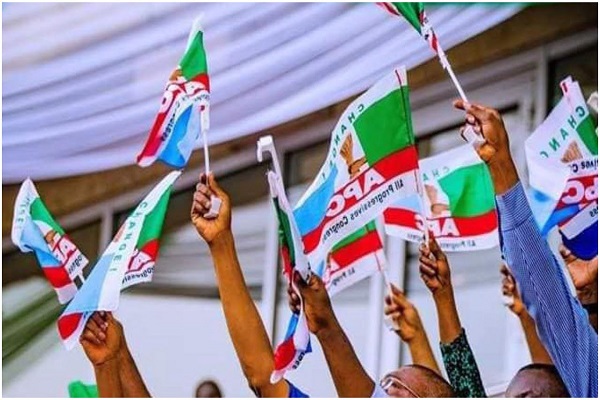 From all indications, the ruling All Progressives Congress, APC, appeared to have been thrown into a self-consuming internal crisis following the controversy generated by the 422-man list released by its Presidential Campaign Council, PCC.

While other parties are gearing up to the campaign momentum which has since kicked off in earnest, the APC is busy battling with the storm that is gathering over its head as a result of differences of interests over composition of the Campaign Council list.

Although the party has tried to manage and cover up the crisis within the family as if all is well, recent developments have betrayed the possibility of widening cracks within the rank and file of the party.

A letter of complaint that got leaked to the media on Thursday and allegedly written by the National Working Committee, NWC led by Senator Abdullahi Adamu accusing presidential candidate of thew party, Asiwaju Bola Ahmed Tinubu of breeching agreements and running a one-man show further alluded that all might not be well within the rank and file of the ruling party.

Although in a swift counter rebuttal by the National Publicity Secretary, Felix Morka, the party denied the controversial letter saying it neither emanated from its National Chairman nor the National Secretariat housing the NWC, however the back and forth is another indication that there is an uneasy calm and peace of the graveyard within the APC.

Report indicated that an official of APC has insisted that the letter said to have been written by the party’s National Chairman, Senator Abdullahi Adamu was the true position of the National Working Committee, NWC despite their denial.

According to the letter released in the early hours of Thursday, Adamu accused Tinubu of breaching the agreement he had with the NWC with regard to the composition of the campaign council.

Adamu noted that Tinubu had singlehandedly tampered with the composition of the Council members as earlier agreed upon by the NWC and with the approval of the presidency.

The party officials who were privy to the developments in the party said the party’s current position is only a mere recant.

They insisted that the letter carried the true position of the APC-NWC.

The officials said, “That letter is the position of the NWC. Whatever is happening now is an attempt at a recant,” one of them, who does not want his name mentioned, said.

Also, an aide of presidential candidate Tinubu, who pleaded anonymity, said that his principal would not react to the letter as published in the media.

He said: “No letter was sent to Asiwaju. So, how do we react to a leaked letter that was never sent?”

Meanwhile, describing the letter as a “draft”, Morka said it did not emanate from the Chairman.

“Our attention has been drawn to a ‘draft’ letter in circulation purportedly written by Senator Abdullahi Adamu, the National Chairman of our great Party, and addressed to Asiwaju Bola Ahmed Tinubu, the presidential candidate of our great party expressing dissatisfaction over the recently released list of the Presidential Campaign Council (PCC).

“To be clear, the ‘draft’ letter did not emanate from the Party. An unsigned letter that marks itself as a ‘draft’ cannot and should not be attributed to its purported author.

“The National Chairman and presidential candidate maintain cordial and effective communication channels, and enjoy full liberty of open and frank conversations on matters of interest to the Party and our campaign.

“As such, an unsigned ‘draft’ letter of the kind in circulation is patently unnecessary and of no qualitative value to engagement between the Party and the PCC.

“We will not be distracted by the wishes and actions of detractors that wait gleefully, but in vain, for some kind of crisis to erupt between the Party and the PCC.

“We stand united, as a Party, in our resolve and commitment to execute a focused and issue-driven campaign to persuade Nigerians to renew our mandate in next year’s general election.

Recall that the Secretary of the Presidential Campaign Council, Hon. James Faleke, had on Saturday released a 422-man list of members of the campaign council ahead of the official kickoff of the electioneering campaign for the 2023 general elections on September 28.

Though the list contains names of political heavyweights including APC governors, ministers, lawmakers, ambassadors as well as serving and past public office holders, however the absence of the names of some notable key stakeholders of the party had quickly raised dusk and generated divergent reactions.

The first noticeable shortcoming with the list was the conspicuous absence of Vice President Yemi Osinbajo’s name, which many construed as either a deliberate snub of the VP on the part of the presidential candidate, Asiwaju Bola Ahmed Tinubu or outright declination by the VP to be part of the campaign council.

But in a swift reaction to clear the controversy, the spokesperson for the campaign council, Barr Festus Keyamo, debunked the allegation of intentional omission of the Vice President from the list.

Keyamo said President Muhammadu Buhari requested that Osinbajo and Boss Mustapha, Secretary to the Government of the Federation, should not be part of the campaign council so they could focus on governance.

The shocking omission of party stalwarts, many of whom have been at loggerheads or engaged in cold war with Tinubu over his preference for the contentious Muslim-Muslim ticket has got many talking that this may destabilize the party’s campaign momentum.

Those whose names were missing included: former Speaker of the House of Representatives, Yakubu Dogara; former Secretary to the Government of the Federation, Babachir Lawal; former Minister of State for Education, Chukwuemeka Nwajiuba and one of Tinubu’s sweat merchant, Adebayo Shittu, who heads one of his biggest support groups — Asiwaju Tinubu-Shettima Coalition for Good Governance. Others included Minister of Information, Lai Mohammed, Presidential spokespersons, Femi Adeshina and Garba Shehu.