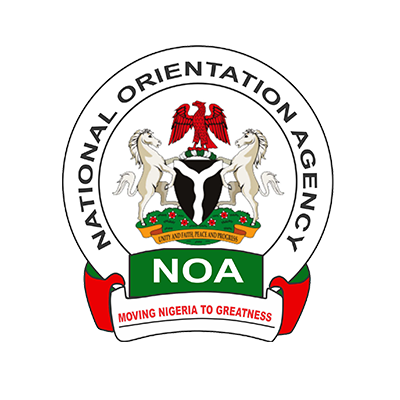 As Nigeria marks its 62nd Independence Anniversary, the National Orientation Agency, NOA has called on Nigerians to use the occassion for sober reflections on how citizens can be mobilised for the goal of achieving a united, peaceful and prosperous country that we all desire.

Director General of the National Orientation Agency, NOA, Dr. Graba Abari made this call in a message to Nigerians, adding that with patriotic zeal of Nigerians, a united, peaceful and prosperous Nigeria is possible for the growth and development of our nation.

Abari assured the citizens of government’s continued commitment to tackling all the challenges bedeviling the country inorder to bring the needed succour and relief we desire in the country.

He described the current challenges facing the country as the falllout of development process which will give to progress and prosperity.

Speaking on the electioneering campaign which officially has been flagged off, the DG NOA appealed to political players to de-emphasis the divisive tendencies, saying that what binds us together was stronger than what separates us from one another.

In his words: “Irrespective of your gender, tribe, religion and other affiliations we should contineu to harp on the virtues of love, unity and peace and embrace the practice of celebrating the good in other persons and engender mutual acceptance among Nigerians.”

While felicitating with Nigerians as they celebrate the National Day, he also urged them to continue to pray for the nation to overcome its present challenges, be security conscious and law abiding as we look forward to many more years of productive and prosperous nationhood.

Atiku will win at the first ballot, Campaign tells INEC

Osun Tribunal: I will reclaim my mandate, says Gov Oyetola