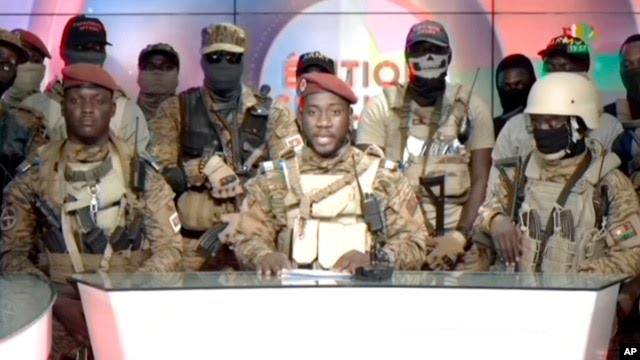 Burkina Faso’s army captain, Ibrahim Traore, announced Friday evening that the army had seized power and ousted military leader Paul Henri Damiba, who himself had taken power in a coup only eight months ago.

Traore said in a statement that a group of officers who helped Damiba seize power in January had decided that the leader was no longer able to secure the country, which has been battling a mounting Islamic insurgency.

The statement signed by Traore was read on state television late Friday by another military officer.

“Faced with the deteriorating situation, we tried several times to get Damiba to refocus the transition on the security question,” Traore’s statement said.

When Damiba came to power in January, after ousting President Roch Kabore, he had promised to make the country more secure. However, violence in the country has continued, and political tensions have grown in recent months.

Damiba had just returned from addressing the U.N. General Assembly in New York.

The country’s new military leaders said they were dissolving the national assembly. They also announced that Burkina Faso’s borders had been closed and that a curfew would be in effect from 9 p.m. to 5 a.m.

Before Friday evening’s announcement, troops in Burkina Faso had blocked streets in the capital, Ouagadougou, and state TV had stopped broadcasting.