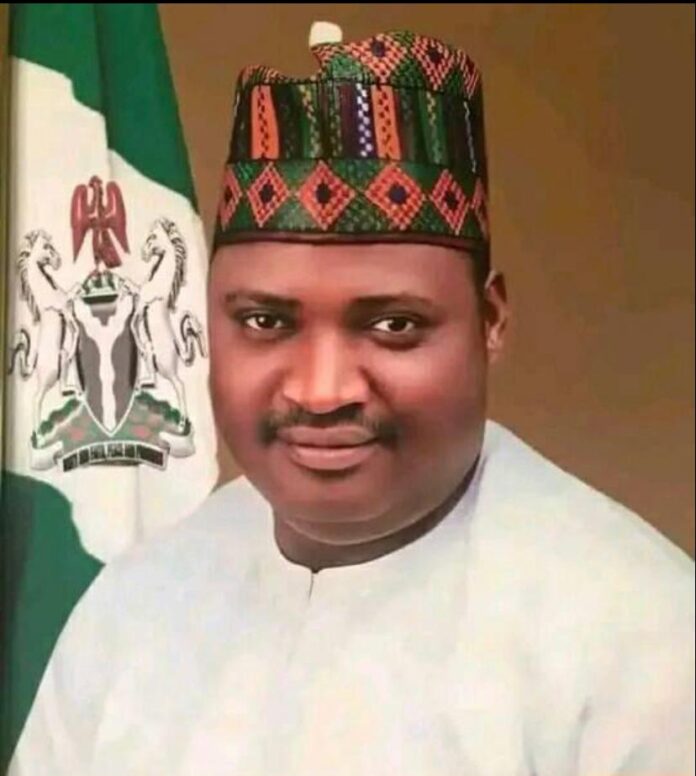 The justices said that the judgement of the lower tribunal was not only evil, but negates all the achievements recorded in Nigeria’s democracy.

While reading out the lead judgment in suit FCT/ACEAT/AP/01/22, which had Christopher Zakka Maikalangu as appellant and Murtala Usman Karshi and three others as respondent, Justice Yusuf Halilu said that the lower tribunal erred by ignoring contradictory evidences before it and went ahead to do a hatchet job by declaring Karshi winner of the election.

“It is not in doubt the APC as a party was faced with legal battles after the party primaries to nominate a flagship bearer for the AMAC election held on 12th February 2022. It is equally not in doubt that the 1st respondent, Murtala Usman Karshi, was involved in the said altercation, which eventually landed parties before the apex court of this land i.e Supreme Court of Nigeria, which eventually declared the 1st respondent as winner of the APC primary for AMAC election.

“We have seen the evidences supplied by both the appellant and the respondents to the lower tribunal. The witnesses listed by the APC as supervisors in the disputed polling units admitted that they were not polling unit agents. It has become critical for us to ask questions at this point on what the process of collating results connote.

“The evidence of the supposed polling unit agents, who were not at the disputed units, falls within the evidence of hearsay or documentary hearsay, which arises when someone who is not privy to the origin of a document seeks to prove its content by oral documentary.

“On the evidence of our findings that the aforementioned witnesses were not the polling unit agents in the affected polling units, the evidences of the witnesses, as entertained by the lower tribunal, are hereby expunged. In the same vein, all said documents that were made references to by the said witnesses have been dumped by the tribunal as no evidence could have led to their content,” he said.

According to JusticeHalilu, “Despite the disparity in evidences of the witnesses, the tribunal decided to do a hatchet job by trying to throw the baby away with the bath water. What is good for the goose is also good for the gander. The tribunal clearly had two rules up its sleeves: one for the petitioner, another for the respondent. The tribunal had the opportunity to compare the forms tendered by the respondents, but that was not to be.

“The petitioner failed woefully to prove its claim, arising from what was made at the lower tribunal,. Elections are won at polling units and not at law courts. Our duty as court is to make judicial pronouncement. The law cannot command an impossibility. The essence of justice is to do what is true and what is correct. INEC official certified the forms used in the election, you can then ask where the petitioner got his own form. This is for another day.

“The judgement of the lower tribunal is not only barbass, but evil and a travesty of justice. Minority must always have their say, but majority must be allowed to have their way. Morality cannot be legislated, but behaviour can be regulated. Law may not change the heart, but it can restrain the heartless. The attitude of the lower tribunal is tantamount to unsettling the tenets of law and turning it on its head. This is not good for our democracy. We have not seen any reason or reasoning that led to the decision in issue.

“He who passively accepts evil is much involved in it as he who perpetrates it. Clearly, the evidence of the petitioner is in limbo as a judicial gatecrasher. We say no more to evil. Therefore, appeal FCT/ACEAT/AP/01/22 subsides. The judgment of the lower tribunal delivered on 5th day of August 2022 is hereby set aside. All declarations so made by the lower tribunal is hereby set aside.

“The declaration of INEC that Christopher Zakka of the PDP is the duly elected chairman of AMAC is hereby restored. May God help us,” he added.

Addressing journalists after the judgement, AMAC Chairman, Christopher Zakka Maikalangu, said the judiciary is the last hope of the common man, thanking the tribunal for defending democracy.

“I am the happiest person on earth today. I have not rested since I won the election in February. Everyday, it has been going to the tribunal. From tenure elongation to this present case. But today, we are smiling because the tribunal has restored democracy. I thank God for using the judiciary to restore democracy.

“Let me pass this message to people out there. The richest man in Africa, Alhaji Aliko Dangote, is not known for taking people to court with all his money. People here in the FCT, because God blessed you with money, all you know is dragging people to court. If you want to contest, go and ask people to vote for you. Don’t think that the judiciary is where you can go and win elections. The judiciary is for the common man. So, I thank the judiciary for restoring democracy, for standing with the common people. I thank God the whole thing has ended,” he said.