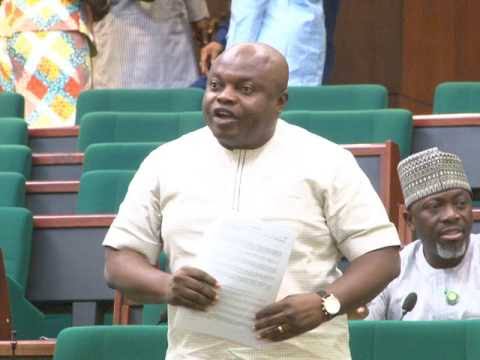 Federal lawmaker in the House of Representatives Hon. Mark Gbila has said that he remains the senatorial candidate of the Labour Party, LP for the Benue North Senatorial District of Benue state despite his name being published on the platform of the New Nigeria People’s Party, NNPP.

Briefing newsmen in Abuja at the weekend, Hon. Gbila blamed the Independent National Electoral Commission, INEC for erroneously listing his name under two political parties in its recently released list of candidates for the 2023 election.

He isclosed that he actually picked a form for senatorial contest for Benue North-West from the New Nigeria Peoples Party (NNPP), but later resigned membership of the party and withdrew from the contest on the same platform, before moving to the Labour Party, where he emerged candidate of the party, wondering why INEC failed to do due diligence on his information before it.

The federal lawmaker also blamed a recent online news publication on the development, which alleged that INEC has disqualified him over the dual listing on the handiwork of his opponents, including the Benue State Governor, Samuel Ortom, where were bent on discrediting his candidature, describing it as a fake news which INEC and security agencies should take note of.

“While it is true that INEC’S publication on 20th September 2022 of the list of National (Presidential, Senate and House of Representatives) candidates for the 2023 general elections indicated my name as the candidate for both Labour Party and New Nigeria Peoples Party (NNPP) for the Benue North-West Senatorial District Elections.

“This publication was erroneous and without my knowledge and I have since initiated necessary legal action against INEC and NNPP in order to correct this grievous error which is alleged to have occurred because of NNPP’S inability to upload the name of their replacement candidate to the INEC portal within the timeline provided by INEC, and INEC’S publication of the last name sent by NNPP without taking into cognizance my resignation of membership and withdrawal as candidate of the NNPP…”, he said.