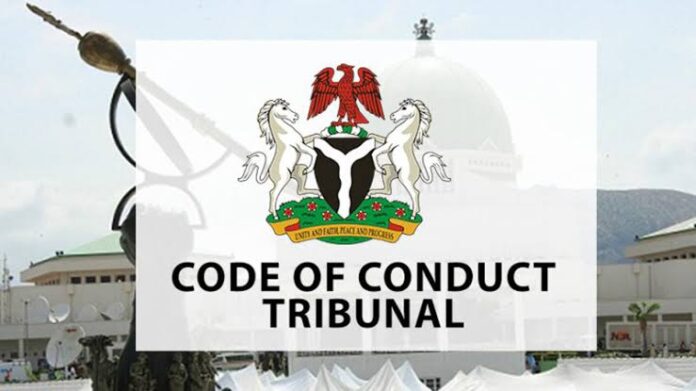 *Allege that he stopped probe of N109bn loot levelled against ex-AGF, Ahmed Idris

*Senate orders him to appear before its C’ttee unfailingly on Thursday, Oct 6

Crisis has hit the Code of Conduct Bureau, CCB, as all the six federal commissioners running the anti-graft agency have opened can of worms on the alleged corrupt practices of their chairman, Prof. Mohammed Isah, through a petition submitted to that effect to the Senate Committee on Ethics, Privileges and Public Petitions.

This was even as they alleged that the N109billion loot linked to the erstwhile Accountant General of the Federation, AGF, Ahmed Idris, was first reported to the CCB through petitions, but Isah prevented action on them.

In the petition jointly signed by the commissioners led by Dr. Emmanuel Attah, they accused the embattled CCB chairman to have within the last four years been blocking required investigations on petitions against public officers with multi-million and billion naira assets, not stated in their assets declaration forms.

The Senate panel, chaired by Senator Ayo Akinyelure (PDP Ondo Central), at the weekend, therefore, summoned the CCB chairman, who was absent last Friday while five out of the six commissioners were present, to appear unfailingly for his defence on Thursday, October 6.

Senator Akinyelure said: “The petition before this committee on allegations against the Chairman of Code of Conduct Bureau, CCB bordering on corrupt practices is worrisome and must be here to defend himself.

“The seriousness of the matter lies in the fact that the petitioners are even the six federal commissioners appointed to be working with him in the fight against corruption.

“The commissioners are here but the chairman who is in the eye of the storm is not here. We have gone through all the issues raised in the jointly signed petition by the commissioners and they are very disturbing if eventually proven.

“Therefore for fair hearing, we are re-inviting the chairman to appear before this committee on Thursday, 6th October, 2022 unfailingly by 2:00pm prompt for required response or responses from him on all allegations leveled against him in the petition.”

Speaking to journalists after the adjourned session, one of the commissioners, Hon Ehiozuwa Agbonayinma along with others, said they petitioned the chairman to save CCB from self-inflicted incapacitation slammed on it by the chairman.

According to him, all the commissioners and the chairman, were appointed by President Muhammadu Buhari to help in the war against corruption within the public service itself at all levels.

“The chairman, based on his conduct, is not ready to fight the war in any way but sabotage it by sitting on a series of petitions written against corrupt public officers whose assets far outweigh what were declared in the Assets Declaration Forms.

“The N109billion loot linked to the now being investigated Accountant General of the Federation, Ahmed Idris, was first reported to CCB through petitions, but prevented from being acted upon by the chairman.

“We are ever ready to support Mr. President’s war against corruption but are very disturbed by the frustration being thrown into it in CCB by no less a person than the chairman.

“We have written a petition against him as declared by the Senate Committee on Ethics, Privileges and Public Petitions here today and want him to meet us face to face before members of the committee for whatever defence he wants to make.

“Corruption must be killed in Nigeria before it kills us and anybody not ready to join in the fight or war against it, should be shown the way out of public service, particularly those saddled with responsibilities of curbing corrupt practices in the country like CCB.”