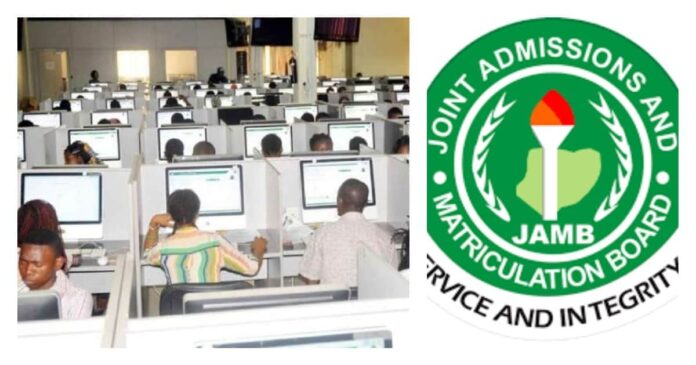 Following the resumption of academic activities in public universities across Nigeria, the Joint Admissions and Matriculation Board, JAMB, has offered an advisory to parents to interface with various institution’s management regarding the status of their wards academic programmes.

The Board gave the advise against the backdrop of the suspension of strike by the Academic Staff Union of Universities,ASUU, recently, a phenomenon that may have generated confusion on how to go about existing or halted academic programmes while the industrial action lasted.

JAMB has insisted that it has no control on admission processes by universities, but at the same time, has not mandated the cancellation or deference of any admission.

The Registrar/Chief Executive of JAMB, Professor Ishaq Oloyede disclosed this shortly before he declared open the National Executive Council, NEC, meeting of the Non-Academic Staff Union of Educational and Associated Institutions, NASU, in Abuja, recently.

Explaining further, he said the affected Universities, Polytechnics or Colleges of Education must find a way to streamline all the existing academic programmes prior to the strike which the Academic Staff Union of Universities, (ASUU) had embarked on but called off recently.

Oloyede said students admission lies in the individual universities administrations, noting that about three different sessions are being run by various universities concurrently and must be concluded within their own stipulated timeframe.

He insisted that candidates seeking admission have to interact with the respective institutions they applied to study to know the particular session being ran at the moment.

The JAMB Registrar maintained that the examination body has not cancelled any admission for any session and that no admission by the board has elapsed or will elapse, stressing that admission for any particular session would- be determined by the Senate of the various universities.

He said, “Now that some normalcy is being restored in our tertiary institutions, particularly with regards to the Universities, many people have been asking which session is being run, how do we get students back to campus. Please the onus of recruiting, engaging, admitting students lies virtually in the respective institutions.

” JAMB is a coordinating centre, JAMB cannot and will not determine how universities conduct their admissions.

“What I mean is that no admission has been cancelled for any session for any school, we except the Senate of that university, we have all admissions going on, they have not lapsed and it is now for the institutions to determine which and how to go about it. I want to use this opportunity to appeal to not only parents but to just contact the institution of their children to know where they are and then contact JAMB for whatever is necessary for proper documentation of their admission processes”.