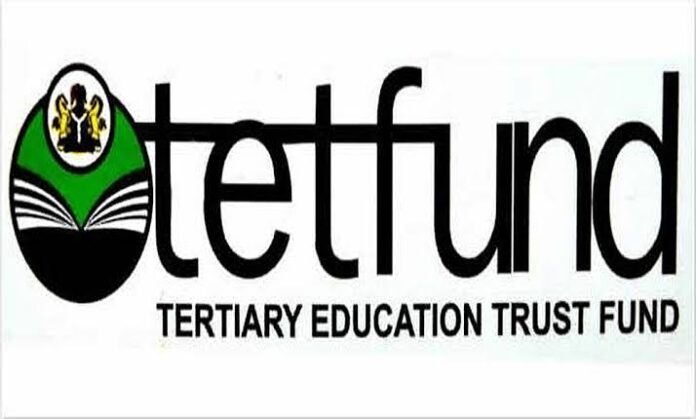 The Tertiary Education Trust Fund, TETFund, has committed a total sum N7, 879, 432,390 billion to intervention projects at the College of Education Akwanga, Nasarawa State, from inception.

Minister of Environment, Muhammed Abdullahi, who disclosed this on Thursday, while commissioning three newly-completed TETFund projects at the college in Akwanga, said the interventions were on infrastructure, academic staff development, and content, among others.

On academic staff development, Abdullahi said the fund has sponsored 108 lecturers from the college for Ph.D degrees, 179 for Masters Degrees, in both foreign and local institutions totaling N799,570,466.00, while 119 staff were sponsored to attend conferences, totaling N150, 925,069:00.

The minister stated that the commissioning of three iconic projects sponsored by TETFund were a continuation of the fund’s intervention in the institution, adding that the three projects were executed at the total sum of N954,804,436.14.

He noted that President Muhammadu Buhari’s committment to education has been undaunted as observed in his recent upward review of the 2 per cent education tax to 3 per cent, adding that the commissioning of the projects will further enhance teaching and learning in the institution.

Abdullahi expressed Federal Government’s commitment to continuous provision of needed infrastructure for the enhance teaching and learning in the country’s tertiary institutions.

Also speaking, the Nasarawa State Commissioner of Education, Hajiya Fatu Jimaita, said TETFund, through its interventions, has played a remarkable role in the provision of quality education in the country.

While describing the fund as the fulcrum of educational development in Nigeria, Jimaita thanked TETFund for the projects and expressed hope that the iconic structures will not only be put to good use but also protected.

On his part, the Provost of the College, Rev. Jonathan Thani, noted the impact of TETFund on all aspects of the college, including staff training, infrastructure, and facilities among others.

While thanking the fund for its projects, Thani called for more interventions from TETFund, lamenting that the college which has over 16,000 students does not have a befitting library, except the old one constructed since 1973.

Executive Secretary of TETFund, Arc Sonny Echono, said in the current administration has invested heavily on infrastructure in its over seven years of existence to aid teaching and learning in Nigeria’s tertiary institutions.

Represented by the Director of Monitoring and Evaluation at TETFund, Arc Babatunde Olajide, the TETFund boss said the fund’s interventions across tertiary institutions were carried out in line with enabling laws.

Echono noted that government’s commitment to the intervention was its attestation to fact that it desires to have the nation’s tertiary institutions well ranked globally.

While disclosing that the projects being commissioned were started in 2019 and completed in 2022 at the total cost of N1 billion, he charged the management of the institution to commit the buildings to good use and ensure maintenance of the structures for the advancement of learning in the college.