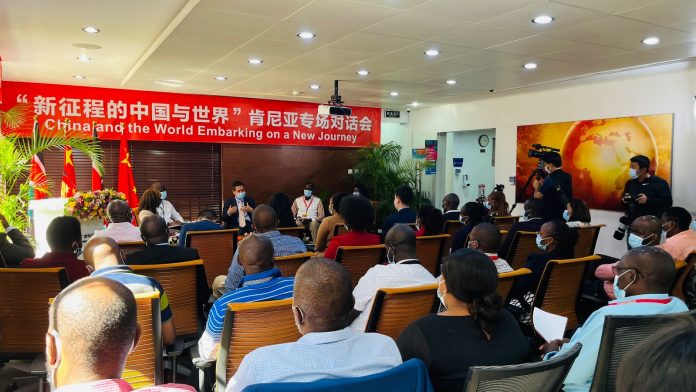 The Chinese Ambassador to Kenya Zhou Pingjian introduced the Chinese path toward modernization in a seminar organized by China Media Group Africa in the Kenyan capital Nairobi on Friday.

Zhou explained the importance of the recently concluded 20th National Congress of the Communist Party of China. He added that China’s modernization will feature prosperity for all, coordination between material abundance and cultural enrichment, as well as alignment with global green development.

During the discussion, Zhou touched on policy continuity in China under the governance of the Communist Party of China.

He further said that the CPC’s consensus-based governance mechanism will help the country to focus on its policy and goals. The Chinese envoy submitted that the Party’s rigorous discipline is what has kept it connected to the Chinese people.

While shedding light on the country’s economic outlook, Zhou said China has confidence that it will stay afloat in the face of global recession.

He added that this confidence is buoyed by a huge domestic market, a foundation in science and technology, as well as a growing talent base.

He concluded that China will never impose its support on any country, and that China’s solutions will always respect the interests and priorities of other countries.