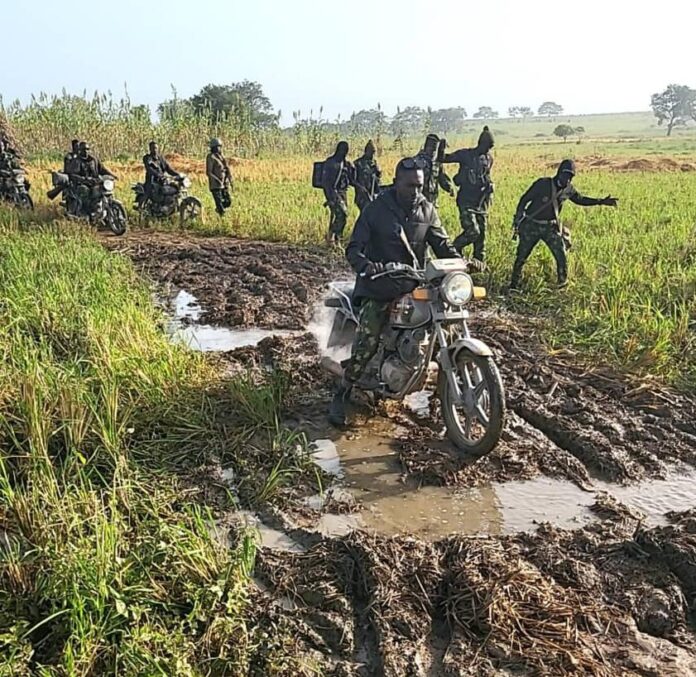 Military authorities have informed that its troops have neutralized seven terrorists in two separate operations in Kaduna State, and recovered cache of arms and ammunition.

A statement made available on Sunday by Brigadier General Onyema Nwachukwu, Director of Army Public Relations, said the feat was in continuation of its onslaught against terrorist groups in Nigeria’s troubled North West region.

“Troops of 1 Division Nigerian Army on Operation Forest Sanity conducted clearance operation to Maidaro, Kagi Hill, Kusharki and Anguwan Madaki in Birnin Gwari Local Government Area of Kaduna State during which contact was made with terrorists.

“In the fierce encounter that followed, 4 bandits were neutralized, forcing others to flee in disarray. The gallant troops recovered two AK 47 rifles with two rounds of 7.62mm Special, one automatic pump action gun with 3 cartridges, 6 Dane guns, 3 locally fabricated pistols with one 9mm round and 4 motorcycles.

The statement added that the Chief of Army Staff, Lieutenant General Faruk Yahaya, commended the troops for their “gallantry and urged them not to relent until terrorism and other criminalities are brought to an end in the region”.

“The General Officer Commanding 1 Division Nigerian Army and Force Commander Operation Whirl Punch, Major General TA Lagbaja has appealed to all law abiding citizens to continue to support the troops and other security agencies with credible and actionable information that will assist in the fight against the criminal elements”.