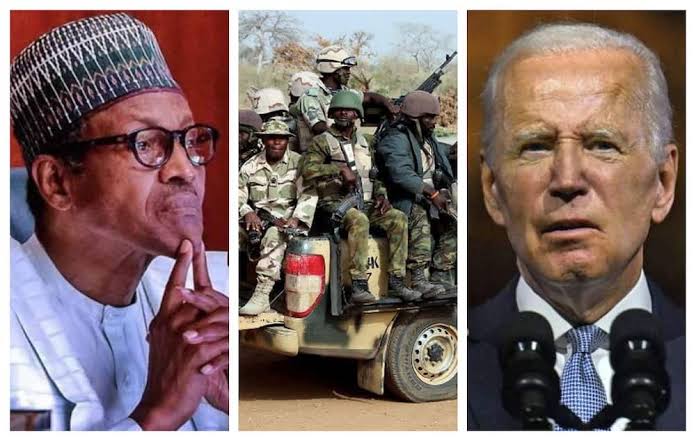 *Says security situation not bad enough to warrant terror warning by UK, US

*That despite terror alerts, FCT, Abuja is not under any imminent attack

By Our correspondent with agency reports

Despite the terror alerts issued by the UK and US governments to its citizens in Nigeria last week, the federal government has said that Nigerians are not in danger and urged them to go about their normal duties.

The NSA who addressed the correspondents alongside the Minister of Foreign Affairs, Geoffrey Onyeama and the Chief of Defence Staff (CDS), Lucky Irabor, noted that the travel advisories had created unnecessary fear and apprehension among Nigerians adding that the terror alert was needless as the hype and the sense of insecurity it created were unfounded.

According to him, security and intelligence agencies are not resting on their oars to ensure that all Nigerians and every part of the country remains safe.

”From the time this alarm story came out until now, about a week to 10 days, we can see that so far, the situation has been brought under control.

”The issue of Nigerians being made to panic is unnecessary; the situation in various areas, the federal capital territory, the situation has been brought under control.

”We are trying as much as possible to work with our neighbours and within the domestic situation to work with our foreign partners in a responsible way without giving the impression that Nigeria is stetting on thin ice to explored.

”That has come to dispel any illusion about any sense of heightened insecurity.

”It is false; it is irresponsible for anybody to give that signal. We are working with our foreign partners in a responsible way and Nigerians should go back to their normal daily undertakings without being put in a situation of fear”, he stated.

On his part, the Minister of Foreign Affairs, Mr Onyeama, called on citizens to ignore the security threat and travel advisory recently issued by the US and UK, and continue with their daily routines.

He emphasised that the threat and advisory were mainly issued to the citizens of the countries that originated them observing that it had been the norm for US to make such pronouncements to its citizens, as dictated by their constitution, just as she almost simultaneously did in South Africa.

”Nigeria has been engaging the United States (US) on intelligent sharing,” It’s been the norm for US to make such pronouncement.

”We engage the US from this, and their response was that they are obliged to put out those kinds of statements, normally travel advisories.

”They do it around the world, as you know, they did it also in South Africa, in this particular case,” he said.

Also speaking, the Chief of Defence Staff said security agencies had been on their toes to thwart all threats.

Top on the list of those in attendance at the meeting are Vice-President Yemi Osinbajo, Secretary to the Government of the Federation; Boss Mustapha; the Chief of Staff to the President, Ibrahim Gambari and the National Security Adviser (NSA), Babagana Monguno among others.