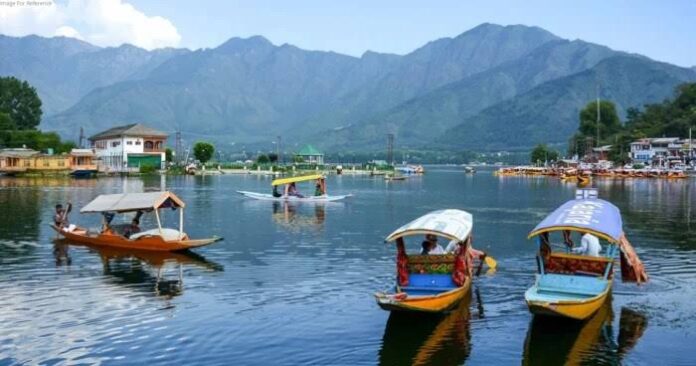 Following the abrogation of Article 370, several budding entrepreneurs are starting their own offices and units in the Union Territory.

The investment ecosystem has changed in Jammu and Kashmir.
Jammu and Kashmir government is encouraging its youth to start their new ventures in the state. The Government is handholding these new entrepreneurs through various schemes and provided all possible assistance to chase their dreams.

In 111 industrial estates, 9,869 kanals of land has so far been allotted to prospective unit holders. These unit holders have in turn deposited a sum of Rs 217 crore into the government exchequer as their lease dues.

According to a recent media report, in the last one year alone, Jammu and Kashmir has received investment proposals worth over Rs 50,000 crore.

Almost 17,970 kanals of land, as against a total 39,022 kanals sought for setting up key units, has already been allotted across both Jammu and Kashmir divisions.

While the investment applications received up to April 11, 2022, seek to create 2.4 lakh employment opportunities in Jammu and Kashmir.

J&K Government has also received dozens of proposals for establishing health care projects in the two medi-cities of J&K.

There is huge rush of investments in Jammu and Kashmir by the private players from the country as well as abroad. Several builders have also shown keen interest in investments during a Real Estate Summit.

The golden period of industrial development of Jammu and Kashmir has been ushered in through the new Industrial Development Policy of Prime Minister Narendra Modi.

Due to seriousness of the Government, an overwhelming response was received for investments under recently announced new Industrial Policy which will create lakhs of employment opportunities for the youth.

J&K is home to world’s finest Biovoltine silk and Pashmina wool with the Handloom sector employing about 43,000 weavers across the UT. Major handicraft items include Carpets, Paper Mache and Shawls.

While Jammu and Kashmir offer boundless investment opportunities across sectors, in FY21-22 the drug formulation and biological products has accounted for 24 per cent of the total exports of Rs 390 crore of the UT.