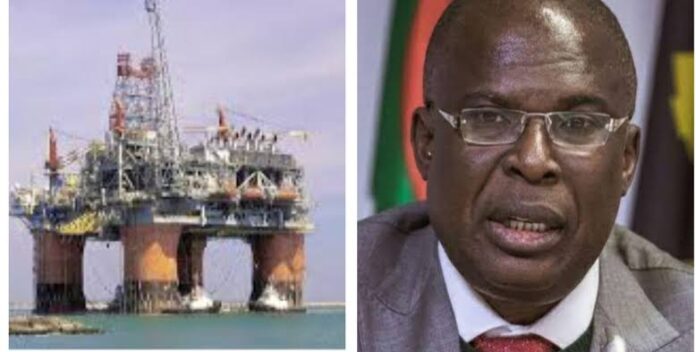 A few days ago, the Minister of State for Petroleum Resources, Chief Timipre Marlin Sylva, was again at his goofing best during a radio programme aired in Yenagoa, the Bayelsa State capital. It is his trademark whenever he steps on his familiar turf to dish out half-truths in his desperation to score cheap political points.

It took the Bayelsa sole representative in the Federal Executive Council four weeks to visit his home state since floods became the new landlords in Bayelsa. Curiously, it did not matter to him that the state was going through a harrowing time. For him, politics must, at all times, trump emotion and empathy.

There was really no other place to situate some of his comments that Thursday than in his usual political chicanery. Clearly, the former Bayelsa governor deliberately returned home for a hatchet job. To rub salt to the injury already inflicted on the state and its people by his FEC counterpart and Minister of Humanitarian Affairs, Disaster Management and Social Development, Sadiya Farouq. She had same day whimsically released curious and obviously questionable statistics on states impacted by this year’s floods.

To the consternation of many, except for like-minds as Sylva, Minister Farouq barefacedly declared that Bayelsa was not among the 10 most flood-impacted states in Nigeria. Her remarks drew so much flak one expected that she would be remorseful to the point of tendering an apology to the hurting people of Bayelsa and the country. Her figures were glaringly bogus and misleading just as they defied reality.

Now, one wonders how the federal government feels hearing the United Nations through its Resident and Humanitarian Coordinator, Matthias Schmale, declare that the Bayelsa flood situation is not only the worst but has also thrown up a crisis of major proportion. He likens it to the Pakistani floods that attracted global attention.

Coming back to the Sylva radio interview, if it ended the way it started, he would perhaps have left his listeners with a deodorised impression of his understanding of the oil industry. More so, if he had kept track with his suggestions on how to curb the flood menace in the country. Unfortunately, he veered off the moment he started the blame game.

In a bid to exonerate the government under which he serves, Sylva said that the Peoples Democratic Party-led government of his state was irresponsible and did not plan for the flood despite warnings from the federal meteorological and hydrological agencies. But when did warning become a national disaster policy?

In pushing this line of argument, the Minister of State also expected potential victims to vacate their homes and communities and relocate to higher grounds. Unfortunately, the former governor could not tell Bayelsans where the safe grounds are in the state. He preferred to be politically correct by simply mouthing the blame game without any concrete solutions.

In truth, if accusing fingers were to be pointed, it should be in the direction of the federal government, which first got the warnings but did nothing to protect its citizens from the disaster that eventually hit them. Its deliberate silence meant it left its citizens to their fate or in the hands of their state government. But, for a fact, states in Nigeria do not have the resources and even the capacity to manage floods. It is the responsibility of national governments everywhere else except in Nigeria. The failure is therefore that of the government in Abuja for its inability to put in place an effective national disaster management policy as well as that of the National Emergency Management Agency (NEMA).

During times of state or national crisis, statesmanship is required of true leaders. It is expected that their support would be devoid of partisan colourations. On this score, Sylva sadly fell short. He obviously no longer realised that the era of taking Bayelsans for granted was gone.

Unlike Sylva, Governor Douye Diri has heartwarmingly been visiting and cross-crossing impacted communities in the state since the natural disaster struck with a message of succour and hope. He has shown leadership in managing the fallout of the unprecedented floods. So far, he has approved close to N2 billion for procurement of food and medical supplies as well as meeting the immediate needs of the hapless victims. A post-flood committee headed by the deputy governor is also in place.

In contradistinction, Sylva missed an opportunity to show genuine empathy when he visited. At a time politics should be on the back burner, he chose to elevate it. After visiting only about three communities in Yenagoa Local Government Area and the internally displaced persons camps at the Oxbow Lake Pavilion and Igbogene, his criticism of the Diri administration was simply to get political capital. It amounted to delusion of grandeur for Sylva to assume that Bayelsans were gullible to easily forget the man that offered them umbrella and provided shelter when it rained.

The junior Petroleum Minister equally goofed on several fronts on the issue of the controversially revoked licence of the state-owned OML 46 otherwise known as the Atala Oilfield in April 2020 by the federal government.

Governor Diri describes the oilfield as a prized asset to which people of the oil-producing state are sentimentally attached.

It was therefore shocking to hear our own Minister justifying the mindless revocation. In unflattering terms, he said efforts by the Diri administration to turn the table in favour of the state were akin to crying over spilled milk. It was just as heartrending hearing Sylva hitting the nail of finality to the Atala debacle.

The unkindest cut was that this state of hopelessness and outright heist was perpetrated with the cooperation and under the supervision of a Bayelsa son.

Between March and June 2018, did the Atala oilfield produce 87,411 barrels of oil as stated in the DPR production data? If OML 46 was not productive as Sylva claimed, what was the oil royalty amounting to $125,000 for? Can a company pay royalty for an unproductive oilfield? Should the federal government not then refund to Bayelsa State such monies collected for a field it claimed was not productive?

If nothing was fishy, why revoke the OML 46 licence a few months after collecting all these monies as royalties?

Sylva as governor of Bayelsa for five years between 2007 and 2012 appointed two Managing Directors of the BOCL. So was it not an indictment on his administration that he did nothing to make the state’s oil firm and its oilfield productive while in office? Why then blame your successors when you did nothing?

It was equally curious that Sylva advised the Bayelsa government to jettison the Atala oilfield and focus on a yet to be tapped OPL (now PPL) 240, which he claimed to be bigger and more lucrative. Clearly, a lot is still left to be desired on the opaque nature of the Atala revocation. And Bayelsans are awaiting better answers from its ministerial representative.

If Sylva’s ghostlike hit-and-run appearance in the state is for the purpose of testing the waters for his next political move, he may well be advised that it does not look like there is any silver lining ahead for him.

So far, Governor Diri has truly endeared himself to Bayelsans with his impactful infrastructure projects, prudent management of the state’s resources and the glaring empathy he has shown since the flood disaster struck. At the moment, in the absence of the federal government, Diri is the only government that the people see and feel. And they appear ready to go the whole hog with him.

Fresh trouble may be brewing for Bola Tinubu, the presidential candidate of the All Progressives Congress, APC, as a United States District Court for the Northern District of Illinois has released fresh documents of his encounter with American authorities over allegations of narcotics trafficking and money laundering.

This comes amidst uncertainty among Nigerians over the source of his abundant wealth.

Nigerians, especially opposition party players have long insisted that the presidential candidate come clean on his involvement in the case, which saw him forfeit up to $460,000 to American authorities way back in 1993.

The former Lagos State Governor has come under intense public ridicule and political onslaught for his role in a drug trafficking case in Chicago in the 90s.

While Tinubu has not publicly commented on the matter, he has preferred to discuss other parts of his background in corporate accounting, consultancy and pro-democracy activism.

His supporters have also made efforts to downplay the matter entirely as a trivial distraction to Nigeria’s democratic experience because it happened decades ago in a distant land.

Meanwhile, the 56-page document released by the district court’s headquarters in Chicago did not include crucial new details, but it further confirmed snippets of the matter that had been shared spontaneously by the media space for years.

As seen on the latest certified copies of the court case dated August 10, Tinubu and two others named K.O. Tinubu and Alhaji Mogati were involved in banking proceeds of illicit drugs and money laundering with Heritage Bank and Citibank.

The American government had in July 1993 sought forfeiture of proceeds of narcotics that Tinubu was accused of laundering, after which the matter was resolved in a compromise between him and the US authorities.

Tinubu was asked to keep the money in the Heritage Bank account while the $460,000 in the Citibank account was forfeited.

A federal judge subsequently dismissed the matter with prejudice on September 21, 1993, which effectively foreclosed the matter from being litigated again by all parties.

Tinubu has since began his campaign tour around Nigeria in preparation for next year’s polls.