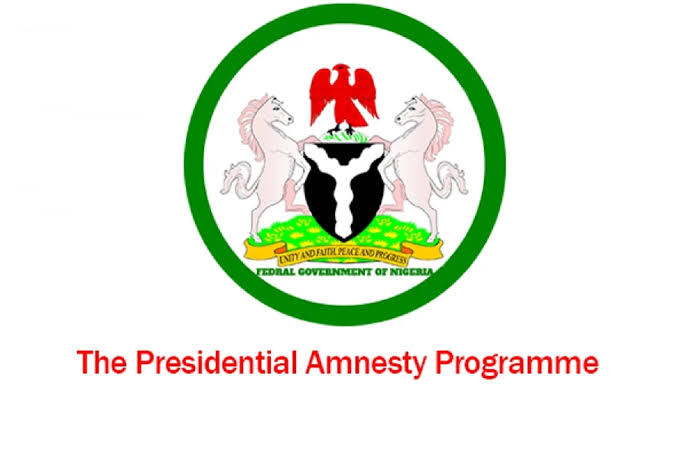 Following the failure of the harmonisation meeting between factions in the leadership of third phase ex-agitators of the Presidential Amnesty Programme in Warri, Delta state on Tuesday, some officials of the Amnesty Office have been fingered in the internal crisis which led to the sack of the Tonye Bobo led National Executive of the third phase ex-agitators.

It was gathered that the meeting held in Wetland Hotel, Warri Delta State on Tuesday, was called by the new Interim Administrator of the Presidential Amnesty Programme (PAP), Maj. Gen. Barry Tariye Ndiomu to resolve the lingering internal leadership crisis rather it was deepened the because some officials connived worked to frustrate the peaceful effort of the management of the programme.

In a three paragraph letter, endorsed by chairmen of Rivers, Delta, Edo, Bayelsa and Ondo State chapters, dated November 8, 2022 and addressed to the Interim Administrator of the Presidential Amnesty Programme, Maj. Gen. Barry Ndiomu (rtd) which copy was made available to the media, the aggrieved ex-agitators accused the Manager of Stakeholders and one Mr. Okoba in peace building unit as brains behind the sack of the Tonye Bobo-led national executive.

“We bring to your attention and good office that the meeting which took place at Wetland Hotel Warri, Delta State on the 8th of November 2022, as directed to Mr. Angalapele and his team to harmonise all aggrieved ex-agitators of the third phase for peace building ended up in flop.

“The said meeting sir, by extension was another way to bring all the third phase ex-agitators under one umbrella, turned out to be another divided house without achieving the aim and objectives of the meeting after spending huge resources.

“To our greatest surprise, as the National leader of the third phase, Comr. Tonye Bobo, the message sent to us was to come with 10 persons each of the third phase leaders, rather, Mr. Angalapele and Co. went out of their way to invite 37 self acclaimed leaders to truncate the genuine leadership of the third phase.

“The meeting supposed to draw 10 leaders from Comrade Tonye Bobo and 10 leaders from Mr. Julius Joseph for peace building and settling of differences. Be that as it may, Mr. Angalapele and Co went out of their way to do a different thing entirely to terminate the genuine and well recognised leadership because of their own self interest.

“This singular conduct and other kangaroo meetings sir, is likely to breach the existing peace between the rant and file of the third phase in the region. In the light of the above, we demand the following:

“We call on the Interim Administrator to disregard the outcome of the kangaroo meeting that was held in Warri in Delta State on the 8th of November 2022. We call on the Interim Administrator of PAP as a matter of urgency to relieve Mr. Inemotimi Angalapele who is the manager of the stakeholders unit of the Presidential Amnesty Programme (PAP) for the betrayal of trust. Mr. Angalapele and Co, are working from the side of evil against the Amnesty Office and want to truncate the peace in the region.

“We are also calling for the removal of Mr. W Okoba from the peace building and should be investigated as he has been shortchanging chances of genuine ex-agitators for his personal gains. We are calling on the Interim Administrator to use his good office to do justice to this matter of betrayal by Mr. Angalapele and Co, to the leadership of third phase.